Not only is Star Trek Discovery kinda trash, so apparently is the lazy international TV press who cover it. 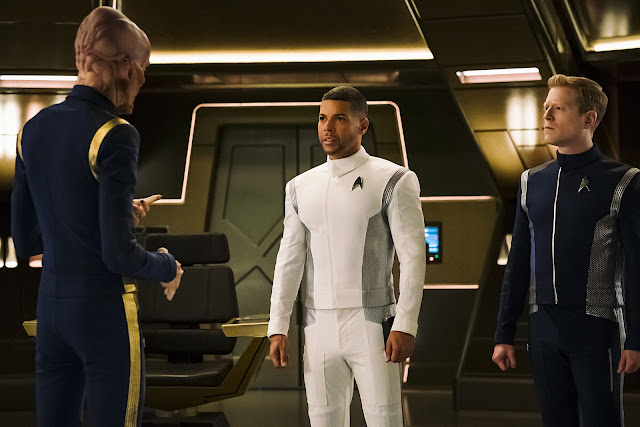 I keep watching the 15-episode first season of Star Trek: Discovery on Netflix in South Africa (as well as probably the most revolting after show ever - After Trek with the incompetent Matt Mira), hoping, hoping, hoping that it will all get better.

So apparently is the international press covering it.

In September 2017 I noted this American TV Guide article about an idiot journalist who, during a Star Trek: Discovery press junket pressed a button on the captain's chair during the on-set press tour in Toronto as part of a set visit - and the alarm it caused when it worked. 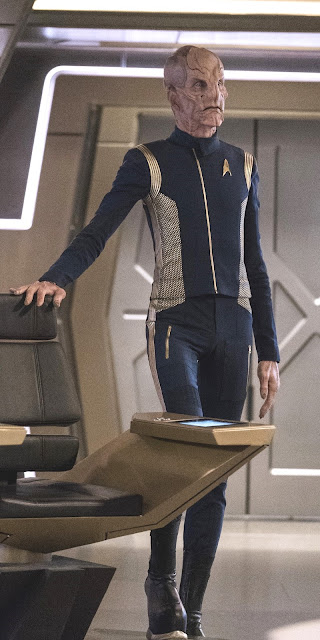 Netflix did however take journalists from countries like France, Germany, Poland and several other places like Colombia for a guided Star Trek: Discovery set tour in late August 2017.

Now keep in mind that this is a set visit, so stories from these journalists who were flown to Toronto, Canada by Netflix and stayed at the Park Hyatt hotel should be about the Star Trek: Discovery set visit that took place 5 months ago.

Here at TVwithThinus central I read widely, and haven't seen a single story about the Star Trek: Discovery set visit by foreign press until one article popped up today!

(The interesting article is in French but you can use Google translate, or hopefully this already translated version.)

Where are the articles from the "journalists all over the world" and TV critics who went? The internet should be full of them. And more importantly, why on Earth run a set visit story 3 episodes before the end of a season like the journalist admits is happening?

It should have happened in December before the show started or during the early episodes of Star Trek: Discovery.

Where are the interviews with the cast that undoubtedly must have happened (since interviews with one, two or more cast members and producers are always included as part of the effort publicist make when putting together a press junket for media flying in)?

In some mirror universe of course, none of this happened. Yet, sadly, I'm stuck in the one where it did.