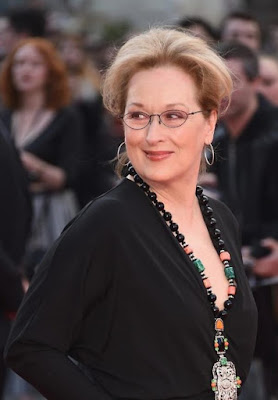 The all-star cast of one of television most star-studded drama series just got even more "star-studdier" with the Oscar winner Meryl Streep joining the female ensemble of the HBO drama series Big Little Lies.

"She is concerned for the well-being of her grandchildren following her son Perry's death. Mary Louise arrives in Monterey searching for answers."

Meryl Streep joins Nicole Kidman and Reese Witherspoon who are also executive producers on the series. Shailene Woodley and Laura Dern are also set to return. David E. Kelly is once again writing the scripts for all 7 episodes of the second season.

HBO says the second season of Big Little Lies will "explore the malignancy of lies, the durability of friendships, the fragility of marriage and, of course, the vicious ferocity of sound parenting. Relationships will fray, loyalties will erode … the potential for emotional and bodily injury shall loom."

The first season of Big Little Lies was shown on M-Net (DStv 101) exactly a year ago in February 2017.

Meryl Streep's addition to Big Little Lies is just the latest high-profile Hollywood film star following one of the current trends sweeping the TV landscape and that was highlighted and discussed last year by MultiChoice's head of content, Aletta Alberts.

"If you think of the stars you've seen on TV in the last 18 months - it started with Glenn Close doing Damage a few years ago - and it just continued. Now we have Nicole Kidman and Reese Witherspoon. I think the Brits actually set the ball rolling if you think about this."

"Now if you're an A-lister or Hollywood star, if you're not in a TV series, you haven't quite made it," explained Aletta Alberts.
on 12:16:00 AM