kykNET moves Kwêla to yet another timeslot just 5 months after the last change, adds Oppi Kassie documentary series looking at the history of South Africa's television. 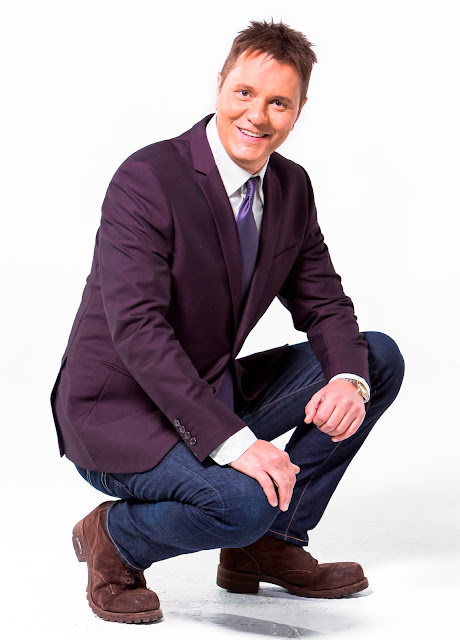 kykNET (DStv 144) is moving its weekly Afrikaans magazine show Kwêla to a new timeslot again from this weekend - now to Sundays at 18:00 - and is adding a new documentary series, Oppi Kassie, looking at the history of South African television.

Just 5 months after inexplicably moving Kwêla in mid-July 2017 from its longtime weekday berth on Wednesdays at 20:00, to Sunday nights at 20:00, kykNET is now moving the show to an earlier timeslot on Sundays from this weekend where it will now be shown at 18:00.

The 20:00 timeslot on Sunday nights have had a negatively impact on Kwêla ratings the past 5 months with kykNET that gave Afrikaans viewers a lot of weekend "viewing homework".

Besides Kwêla that moved to Sunday nights, kykNET also shunted its other weekly entertainment magazine show, Bravo! from Thursdays to Sunday nights in July. Both shows are produced for kykNET by Homebrew Films.

With both interview-heavy shows that moved as part of broader kykNET schedule changes in July, having two Afrikaans entertainment magazine shows both doorstopped on the TV schedule on the same Sunday night, created a lot of "watch work" from the same genre for viewers, coming at the end of a week when viewers want to relax with less taxing fare.

Courting a highly similar audience as M-Net (DStv 101), the kykNET programming also started to directly compete with its sister channel on DStv in terms of viewership overlap, with a lot of viewers who would usually watch Bravo! and Kwêla on kykNET, but also Carte Blanche and the Sunday night 20:00 movie on M-Net, who have been forced to make difficult choices or channel hop from the one to the other during ad breaks.

kykNET now says Kwêla is moving to 18:00 from Sunday evening with "the new 18:00 timeslot giving viewers the opportunity to approach their Sunday evening's more leisurely".

The Afrikaans film slot shown on kykNET on Sunday nights is also gone but is likely a temporary change.

kykNET ran the fliekNET pop-up channel on MultiChoice's DStv satellite pay-TV platform over December 2017 and January 2018 that saturated Afrikaans viewers' appetite for films and required the acquisition of a lot of film broadcasting rights.

Instead of Sunday night films kykNET is starting a new half-hour documentary series on Sunday at 20:00 entitled Oppi Kassie looking at the history of South African television.

The first season of Oppie Kassie will see double episodes broadcast and filling the 20:00 hour.

The first episode on Sunday will look at how television and TV technology first arrived in South Africa and was finally "allowed" after years of political resistance.

The second episode looks at the big broadcasting challenges that came after the government gave TV in South Africa the go-ahead. How would the SABC find and train enough people in doing TV broadcasts in a very short time, and would the SABC be able to create enough quality material to put on the air?
on 10:00:00 AM