IT'S NOT EVEN SHARK WEEK. Discovery Channel responds after American president Donald Trump says he wants all sharks to die: 'Sharks are important to the ecosystem'. 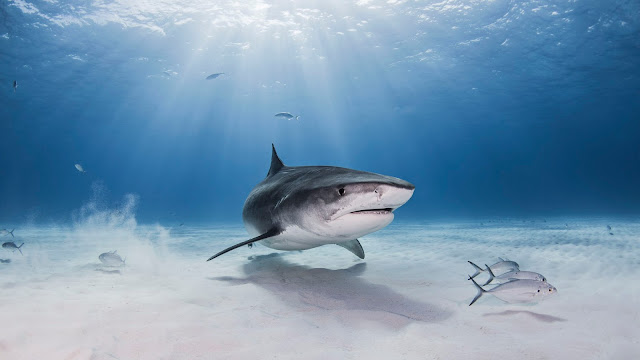 When will this long international nightmare be over?

The Discovery Channel (DStv 121) has decided to respond and weigh in after the American president Donald Trump has said he wants all sharks to die.

The Discovery Channel that annually celebrates "Shark Week" decided to comment after a new comment of Donald Trump became public that he made, from a 2011 interview that until now hasn't been published publicly.

In a 2011 interview that was done with Stormy Daniels, Donald Trump - according to her - revealed his hatred of sharks.

“Shark Week celebrates the wonder of these majestic creatures and their critical importance to the ecosystem. Their safety and conservation is the most important message conveyed throughout the week," said Discovery Channel in a statement.

America's In Touch magazine published the interview with Stormy Daniels (whose real name is Stephanie Clifford), who said she and Donald Trump were having dinner while a shark episode was on television that formed part of the Discovery Channel's Shark Week.

Donald Trump then said that he hoped “all the sharks die.”

“He is obsessed with sharks,” Stormy Daniels told In Touch. “Terrified of sharks. He was like, 'I donate to all these charities, and I would never donate to any charity that helps sharks. I hope all the sharks die.’ … It’s so strange, I know.”
on 11:54:00 PM