Inspiration TV on OpenView HD abruptly goes dark as yet another of the platform's original channels at launch disappears. 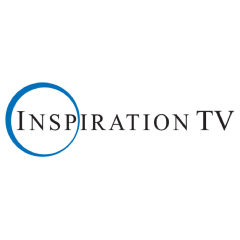 The Inspiration TV channel has abruptly gone off OpenView HD (OVHD) with OpenView HD losing yet another of the channels it originally launched with.

OpenView HD, run by Platco Digital that's part of eMedia Investments, didn't explain why Inspiration TV is removed from the free-to-air satellite platform service, or if or when it will be back - saying only Inspiration TV is gone because of "technical issues".

In a statement issued on Monday morning just more than an hour before the Christian faith-based Inspiration TV went off air on OpenView HD, OpenView HD says "the religion channel, Inspiration TV, will no longer be available on the OpenView HD satellite platform from 15 January at 12:00 until further notice".

"This is due to technical issues that are being experienced with the broadcast of the channel on the platform. Updates will be issued in due course".

The channel never made much of an impact during its broadcast run on OpenView HD, with neither OpenView HD nor Inspiration TV that ever once bothered to issued any programming information or channel line-ups, schedules or show information, during its 4 years on the platform.