Independent Producers’ Organisation (IPO) pays tribute to former SABC board member Libby Lloyd: 'She was a passionate advocate for a true public broadcaster and made a sterling contribution to the broadcasting industry'. 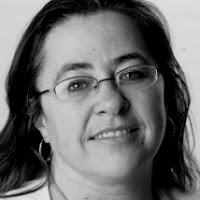 Several organisations are paying tribute to the former SABC board member and former broadcasting regulator councillor Libby Lloyd (56) who died on Thursday after her 2-year battle with cancer, saying that she was one of the most influential policy and regulatory specialists in South Africa and a passionate advocate for a true public broadcaster in South Africa.

Libby Lloyd passed away on Thursday after a 2-year battle with throat cancer.

She was a committed activist, journalist and researcher on freedom of expression and media policy and worked for both mainstream and alternative newspapers, radio stations, and magazines in South Africa in the 1980s and early 1990s after she started out as a journalist working for the former Capital Radio, National Public Radio (NPR) in the United States and BBC Ireland.

Libby Lloyd helped to establish the journalists’ union, the Association for Democratic Journalists, during that period and was the head of radio at the Institute for the Advancement of Journalism (IAJ) in the mid-1990s before moving into media policy development.

During South Africa's first democratic elections in 1994 she was appointed on the Independent Media Commission to ensure that all political parties received fair coverage, she ​was a councillor with the Independent Broadcasting Authority (the predecessor of the Independent Communications Authority of South Africa) working on setting up the regulatory framework for new radio and TV stations, and became a member of the inaugural Icasa board in 2000.

Libby Lloyd took up her position as the first CEO of the Media Development and Diversity Agency (MDDA) in 2003 and was a member of one of the SABC interim boards.

“Libby was a passionate advocate for a true public broadcaster in South Africa and made a sterling contribution to the broadcast industry, including especially in pioneering the progressive local content and commissioning regulations at the dawn of democracy,” says producer Feizel Mamdoo on behalf of the Independent Producers' Organisation (IPO).

“The Independent Producers’ Organisation has learned with great sadness of the passing of Libby Lloyd on Thursday 18 January 2018.”

“She also applied her deep insight into and knowledge of our sector as a consultant and lobbyist, working on projects including media and development issues and policy, focusing on gender and communications.”

Among other things, she developed the SABC language policy conducted research into public broadcasting regulation in South Africa, funding models for community radio, the impact of the criminalisation of journalism in Africa, media codes for elections, and mainstreaming gender issues into ICT laws and policies.”

Icasa in a statement says it is mourning the passing of Libby Lloyd that the regulator described as "one of the most influential policy and regulatory specialists within South Africa's information and communication technologies sector".

"Her positive contribution on policy and regulation will be missed."
on 1:33:00 PM