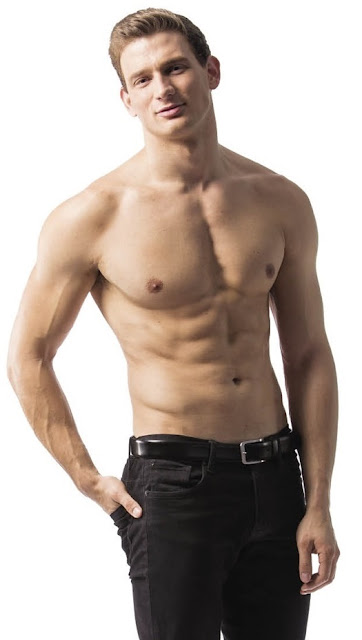 The model and soap actor Eden Classens will also be dancing as one of the contestants in the glitter floor format show Dancing with the Stars South Africa starting on 4 February on M-Net (DStv 101), along with the comedian Ebenhaezar Dibakwane and the netball player Vanes-Mari du Toit.

Eden Classens is a model and soap actor in the Afrikaans weekday soap Suidooster on kykNET & Kie (DStv 145) and kykNET (DStv 144) who studied acting and musical theatre in New York at the New York Film Academy before returning to South Africa.

“I am absolutely ecstatic to be a part of this experience," says Eden Classens. "I’m excited by this challenge and am here to dance my heart out and have fun.”

The South African comedian Ebenhaezer Dibakwane who won the Newcomer Award at the Comic's Choice Awards in 2016, will also be taking part in the show as a contestant.

Ebenhaezer Dibakwane is best known for his stand-up acts, opening for Dillan Oliphant, being part of the Stand Up 4 Comedy ensemble alongside Mo Mathebe and Virgil Prins and having been part of the Blacks Only and the Comedy Central International Comedy Festival alongside Trevor Noah.

He has also appeared in the e.tv drama series Ashes to Ashes, was a presenter on Walala Wasala on SABC1 and had a role in the sitcom Thuli noThulanli also on SABC1.

“These are exciting times for me. I can’t wait to dance, baby - into people's homes, memories and hearts,” says Ebenhaezer Dibakwane.

The South African netball star Vanes-Mari Du Toit will also be on the Dancing with the Stars SA dancefloor.

Vanes-Mari Du Toit is a player on the South African National Netball team and has an impressive 38 caps for South Africa under her belt. She's also a presenter and commentator on SuperSport, and last year married Matthew Proudfoot, assistant coach for the Springboks.

“I’m as excited as a kid on Christmas morning to be a part of Dancing With The Stars SA. It’s going to be a tough challenge, but I’m so ready to learn how to dance.”