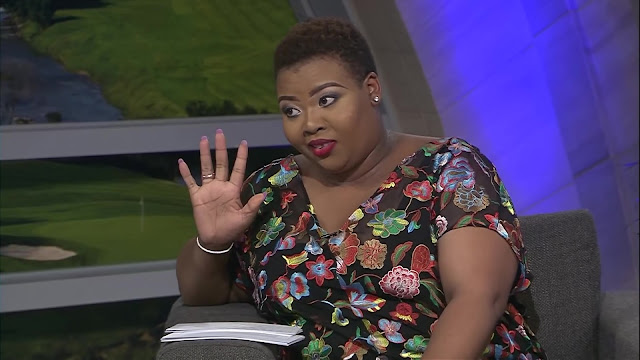 The Economic Freedom Fighters (EFF) political party is demanding that the SABC "pay back the money as it is complicit in the corruption of the minister" after the scandalous pay-for-play revelation that the minister of social development Bathabile Dlamini paid thousands of rands to the broadcaster so that she could be interviewed on Real Talk with Anele on SABC3.

The shocking revelation on Wednesday that the SABC accepts money for a politician to be interviewed on its airwaves - and not even disclosing it - has inflicted massive further reputational and brand damage on the SABC's credibility as a public broadcaster.

The scandal is also doing damage to the image of talk show host Anele Mdoda, the production company Cheeky Media and the show's executive producers Yusuf Stevens and Janez Vermeiren, as well as SABC3.

The report from Daily Maverick exposed a horrific lapse of SABC editorial control and safeguards, standards and ethics.

Real Talk with Anele, Cheeky Media and the SABC, are in breach of the SABC's own editorial policy that clearly states that "where there is programme sponsorship, the sponsor's association with the programme has to be stated clearly, both before and after the programme".

They are also in breach of the SABC's editorial policy in terms of "information programming" that states that the SABC should "disclose all the essential facts and not suppress relevant, available facts".

Likewise infomercials and paid-for content in programmes on the SABC "must be labelled in such a way as to make clear that they are not programme material" the SABC's editorial policy states.

"We call on the SABC board to immediately institute an investigation and all who are guilty must face prosecution," said the EFF in a statement on Thursday.

"In addition, we call on parliament to also take the necessary steps to discipline the minister of social development, Bathabile Dlamini."

"The EFF condemns the department of social development and SABC for exchanging R500 000 of taxpayers’ money for Bathabile Dlamini to talk about herself on the SABC3 programme Real Talk with Anele."

"This is consistent with how ministers in general have been paying Gupta Business Breakfast briefings on SABC for interviews. Here, not only have departments paid The New Age, also SABC has itself done so."

"The EFF rejects the justification that Bathabile Dlamini’s interview was an advert for the work she does in government."

"The 80% of the interview was about herself and the ANC Women's League. In essence, taxpayers’ money was used to profile Bathabile Dlamini and not government social development work."

The EFF statement comes after the Democratic Alliance (DA) political party that in a statement also said Bathabile Dlamini must pay back the R500 000 that "could have paid more than 300 social grants. It is shocking that the department had the audacity to supposedly use public money for an interview".

"It is mandated to serve the poor, needy and vulnerable within our society, it is not mandated to use taxpayers' money to make floundering ministers look good." The DA said it would submit a range of parliamentary questions to "get to the bottom of this likely abuse of taxpayers' money".

So far the SABC board has been silent over the scandal.

There's been no comment or statement from SABC board chairperson Bongumusa Makhathini.

The SABC board also has journalists serving on it in the form of Mathatha Tsedu and John Matisonn with neither who have said anything so far about the latest scandal rocking the South African public broadcaster's credibility.

In July 2017 the SABC interim board member Mathatha Tsedu (now a permanent SABC board member) addressed the SABC's damaged credibility problem in South Africa's parliament and said "every time there is a cycle of bad news around the SABC, the revenues from the SABC TV licences dip."