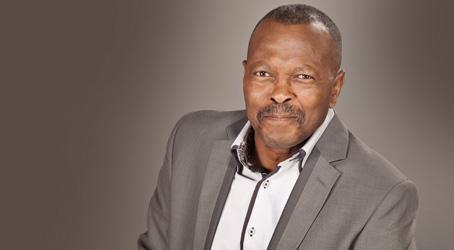 The specific cause of death is not known yet although the free-to-air broadcaster e.tv says that the actor died from "natural causes". Scandal! is produced by Ochre Moving Pictures.

Sandy Mokwena had roles in several other South African TV series over the years, including the SABC's Generations, Soul City, Okavango, Khululeka, Going Up, Yizo Yizo, Justice for All and Zero Tolerance, and kykNET's (DStv 144) Plek van die Vleisvreters.

The actor who had a higher diploma in dramatic arts from the Royal Academy of Dramatic Arts in the United Kingdom had a film resume that included appearances in Taxi to Soweto, The Principal, Dead End and Scarback.

e.tv in a statement says Sandy Mokwena "passed away last night in hospital from natural causes".

"e.tv is deeply saddened by the news and our condolences go out to Sandy’s family and the cast and crew of Scandal! Sandy Mokwena has been part of Scandal! since the first episode which aired in January 2005".
on 8:22:00 AM