BBC Worldwide Africa switches Come Dine with Me South Africa from BBC Lifestyle to the BBC Brit channel on DStv; 4th season will start on 15 February with more colourful and diverse contestants. 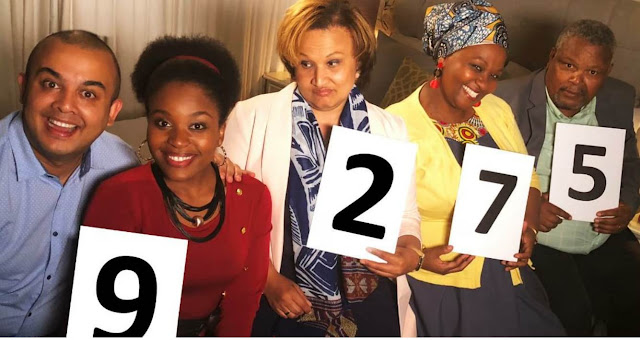 The 4th season of the beloved Come Dine With Me South Africa series is switching channels from BBC Lifestyle to BBC Brit (DStv 120) and will start on Thursday 15 February at 20:00 with the revived show that will once again include voice-over narration done by Dave Lamb.

The 4th season of the show will start on BBC Brit exactly a year after the SABC awkwardly announced that it had picked up the food competition series for a 4th season on SABC3 - just to then be forced to backtrack after already airing promos and announcing that it will no longer be producing the show.

The out-of-cash SABC failed to sign the necessary contracts for the ITV Studios format produced show.

BBC Worldwide Africa and the South African production company Rapid Blue that is the format rights holder, then agreed to bring the show back for viewers of the BBC's entertainment fare in South Africa and across Africa.

BBC Worldwide Africa has been reluctant to bring Come Dine with Me SA back for a 4th season although TV critics loved it and viewers have been clamouring for more local episodes of the show.

In each episode ordinary South Africans take turns to host each other in dinner parties at their homes. They then rate each other's food, presentation and hosting abilities.

There's a 5 year gap between the 3rd season of Come Dine With Me SA and the upcoming 4th season that will have episodes filmed in Pretoria, Johannesburg, Durban, Port Elizabeth and Cape Town.

The new season of Come Dine With Me SA will also see the show switch channels. The previous three seasons were all broadcast on BBC Lifestyle where seasons of shows like The Great South African Bake Off were also shown.

BBC Worldwide Africa didn't specify why Come Dine With Me SA is switching to BBC Brit and why it will no longer be on BBC Lifestyle.

"We are thrilled to be able to announce the return date of Come Dine With Me South Africa for a 4th series," says Joel Churcher, general manager and vice president of BBC Worldwide Africa.

"Since announcing its return, viewers have blown us away with their excitement at seeing a new line-up of the country's best and worst dinner hosts step into the kitchen."

"I have seen a sneak peek of episode one and am confident that the new contestants will find their ways into the hearts of our viewers with the new episodes, promising even more iconic moments and catchphrases".

The first episode of the 4th season of Come Dine With Me South Africa is set in Pretoria with pole dancer Carmi van Heerden, the hyper-critical Philipine Modimogale, the amateur-dramatic Ian Perryman and the chatty Nonhlanhla Ntwasa.

"After all these years of producing international formats for a South African audience, I'm still constantly amazed at all the colourful and diverse personalities that our amazing country has to offer," says Kee-Leen Irvine, Rapid Blue executive producer.

"This season of Come Dine With Me South Africa once again bring the proof to the pudding.”