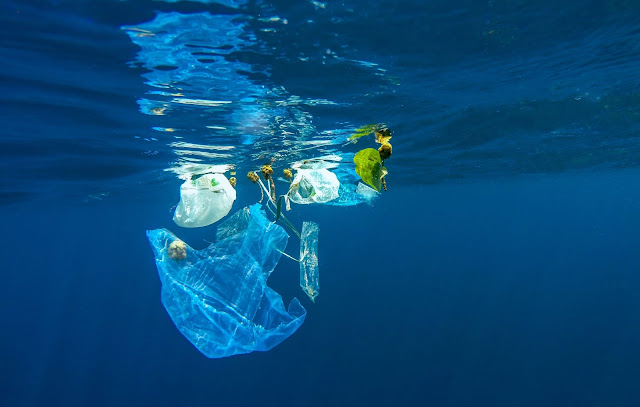 The BBC is following up Sir David Attenborough's Blue Planet II oceanographic series coming to Africa's viewers from next month on BBC Earth (DStv 184) with further documentary programmes looking at how plastic is killing the oceans, a shocking expose about clothing, and wildlife "dynasties".

The BBC commissioned Drowning in Plastic as as 90-minute documentary with presenter Liz Bonnin who will look at the shocking impact plastic in the sea is having on the world, travelling to horrific “plastic hot spots” to show viewers first-hand what all forms of plastics is doing to sealife along shorelines and in the open sea.

The Truth About What You Wear with presenter Stacey Dooley will examine the connections between fashion, modern-day clothing manufacture and rainforest deforestation, water contamination and pollution, in addition to the threats posed to endangered animal species like orangutans and jaguars.

Dynasty will be the BBC's new signature wildlife documentary TV series that will look at groups of lions, African hunting dogs, chimpanzees, tigers and emperor penguins and how they create "dynasties" and groups as family packs.

The BBC has also commissioned Spy in the Wild II for 2019 using cameras to travel with various animals on their migration journeys, as well as Equator from the Air, looking at the Earth's equator region from above.