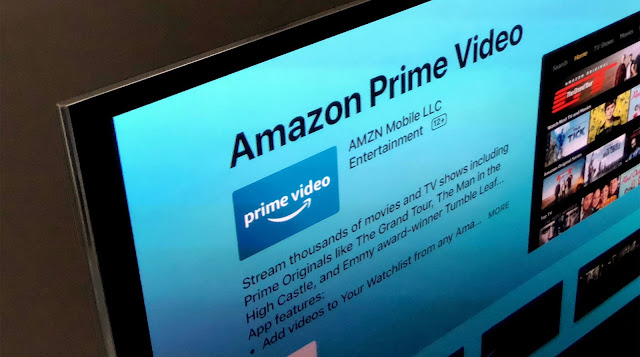 Amazon Prime Video is following rival Netflix's lead and has released selected global viewing statistics for TV shows on its subscription video-on-demand (SVOD) service for 2017, indicating that The Grand Tour and The Man in the High Castle were its most watched shows in the past year.

Usage of Amazon Prime Video is however still lagging in Africa and South Africa with the continent far behind the rest of the globe in watching and making use of the Prime Video service.

This is primarily due to the still exorbitant cost of data charges for ordinary consumers in South Africa as well as across Africa, and the limited roll-out of, and access to basic internet services.

Most African consumers are forced to and use their mobile cellular services and devices to access the internet where the data charges of watching streaming video, on top of paying for access to SVOD services, quickly add up and remain in prohibitively expensive.

The top series globally on Prime Video for the year have been the first season of the car show The Grand Tour, followed by Sneaky Pete, the first and second season of alt-Nazi universe series The Man in the High Castle, as well as The Tick.

Amazon rolled out its Amazon Prime Video SVOD service in 240 countries and territories around the world just over a year ago and finally has its first set of global streaming data of its consumers' viewing habits.

Amazon doesn't want to divulge specific ratings and numbers and is taking the same route as Netflix, Showmax and others who are keeping their specific ratings secret since it, like other SVOD services, are still largely in a beginning phase of creating its own content for its over-the-top (OTT) services.

Amazon is however willing to share general viewing data on its service about subscriber habits in 2017 - including the shows they love and when they stream.

Amazon Prime Video's biggest day of streaming for 2017 was interestingly very recently - on 30 December 2017. The  top streamed series on Prime Video that day were the second season of The Grand Tour and the Golden Globe-nominated new series The Marvelous Mrs. Maisel.

The top streamed movies that day were The Big Sick and The Circle.

Austin, Texas watched more mystery shows during 2017 than anywhere else in the world.

The top movies watched in 2017 globally on the service were Daddy's Home, 13 Hours: The Secret Soldiers of Benghazi, Iron Man, Dirty Grandpa and Whisky Tango Foxtrot.

The most downloaded series globally from Amazon Prime Video in 2017 were the first seasons of Bubble Guppies, Mr. Robot, The Grand Tour, The Man in the High Castle and Daniel Tiger's Neighborhood.

The second part of the first season of The Tick will start soon on Amazon Prime Video, with the 2nd season of Sneaky Pete coming in March and Tom Clancy's Jack Ryan in winter 2018.