Viacom and BET settled out of court with former BET programming boss Zola Mashariki who Viacom fired while she was on sick leave for breast cancer treatment. 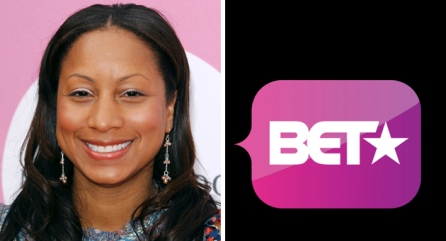 Viacom and its black entertainment TV channel BET suddenly settled out of court with its former BET programming boss, Zola Mashariki after Viacom and BET abruptly fired Zola Mashariki in March while she was on sick leave for breast cancer treatment.

Viacom and BET have settled out of court with Zola Mashariki who started a gender-discrimination and wrongful termination lawsuit against BET and Viacom and the former BET president of programming, Stephen Hill, after she was fired.

When Viacom and BET shocked in March announcing that Zola Mashariki is "departing", Zola Mashariki fired back saying "I am on medical leave. My job is protected by the Family Medical Leave Act and related statutes (FMLA) and I have a contract in place".

"Viacom/BET are aware that I am scheduled to return on 11 April and that my medical leave may need to be extended depending on the progress of my recovery".

Hilariously Viacom and BET - after firing a woman during her medical leave for breast cancer treatment - issued a statement on the same day in March saying that BET confirms that Zola Mashariki is no longer employed and that her "claims misrepresent the facts and are without merit. We strongly deny any allegation of wrongdoing".

Now Viacom and BET settled out of court at the beginning of this month and is playing nice, saying only the nicest things about Zola Mashariki.

"We thank Zola Mashariki for her many valuable contributions, and our thoughts are with her and her family as she focuses on her health. The litigation between the parties has been resolved. Neither party will make any further comment on this matter".
on 7:41:00 PM