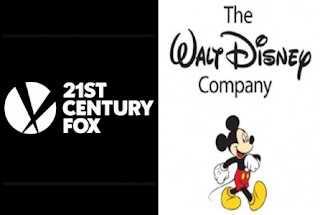 Disney will streamline and cut down on duplication of operations in all areas of its global business, including distribution, marketing and its international divisions where Disney and Fox have a dual presence.

In his new market advisory report entitled "Disney’s $2 Billion in Synergies is Good for Jobs #FakeNews" he says the cost saving is very likely coming from job cuts.

"Disney expects over $2 billion in synergies from the Fox acquisition, with the overwhelming majority of that from cost-savings – meaning job cuts".

"In order to reduce costs by upwards of $2 billion, we believe Disney will need to cut well-over 5 000 jobs and the number could easily swell toward 10 000 given the high degree of overlap between the two companies around the world".

With The Walt Disney Company and FOX Networks Group Africa (FNG Africa) both having a growing presence in South Africa and Africa, it's not yet clear exactly how the mega-corporate deal will be affecting staffers and operations in South Africa and across the African continent.
on 5:29:00 PM