The Big Debate bursts back onto the SABC, with - surprise! - Redi Tlhabi. 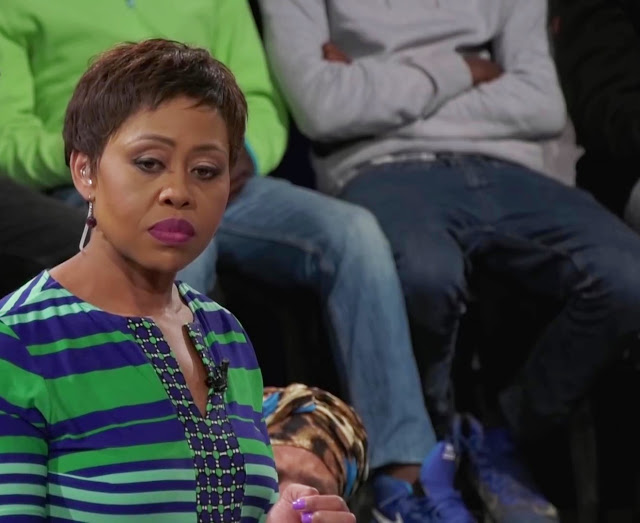 The Big Debate has suddenly burst back onto the SABC, instantly becoming the biggest symbol of the public broadcaster’s top executives to signal their serious effort to regain public trust in its current affairs offering and to try and repair it severely dented news output credibility.

As surprising and astounding, is that none other that the veteran and extremely skilled presenter and interviewer Redi Tlhabi is suddenly back as the moderator after she anchored the earlier seasons.

The Big Debate, with several significant updates for the social media and internet age, made its 8th season debut on the exact SABC TV channel – SABC2 – where it disappeared from exactly four years ago.

Asked how the revival of The Big Debate on the SABC came about, Thabiso Bhengu, senior content producer on the show, told the SABC’s Morning Live this week that “when a notorious somebody left the SABC, the SABC was happy to have us back”.

“And we’re happy to be helping the SABC to become what it should be, which is the best public broadcaster in the world,” he said.

In November 2013 The Big Debate – just before it was supposed to start and with three episodes of its 5th season already filmed – was abruptly yanked and permanently removed from the SABC2 schedule just days before broadcast, including an episode devoted to the Marikana Massacre.

The debate show, from Broad Daylight Films Foundation and and executive produced by Ben Cashdan, was culled from the SABC airwaves on the direct orders of the then acting chief operating officer (COO), Hlaudi Motsoeneng.

At the time Hlaudi Motsoeneng was only in the beginning phase of what was to become a sweeping, widening and pervasive censorship drive by the controversial executive.

His later-described “reign of terror” would eventually see the SABC impose draconian newsroom censorship that extended to, and ended with, his shocking ban in 2016 on showing visuals on SABC News of the destruction of property and infrastructure during public protests.

The SABC said at the time that The Big Debate was “incorrectly commissioned and compromised the editorial oversight of the SABC newsroom”.

The SABC-neutered season of The Big Debate was instantly picked up by eNCA (DStv 403) and e.tv that broadcast three seasons of the lively town hall debate type show that ended with a 7th season in 2016 with Masechaba Lekalake as moderator. 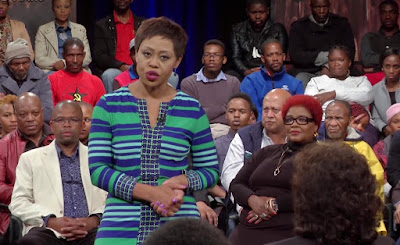 A bold, brazen return of free speech
Now The Big Debate is “back” on SABC2 as a hard-hitting current affairs talk show that had no less than the topic of “State Capture” for its first new episode.

It is something that would have been unheard of on the SABC of just a year ago, with widely disparate guests on The Big Debate ranging from Floyd Shivambu (EFF deputy president) and Mzwanele "Jimmy" Manyi (ANN7 owner) to Vytjie Mentor (former ANC chief whip) – all sitting and debating each other passionately in the black backdrop studio interspersed with a few banners.

“We invited the president, we invited the Guptas, we invited Brian Molefe, so that they can also contribute to this narrative,” said Redi Tlhabi in a refreshing frankness on the SABC airwaves.

“They didn’t take up the invitation. When people are not here it is not because we don’t want to hear them. But for some reason they don’t want to participate in this debate,” she said.

With the show’s bold and brazen return, the SABC is sending a very strong signal and a significant marker that the struggling public broadcaster is working hard on turning around the erosion the past few years of its current affairs programming and news, and the trust in it.

The Big Debate made its debut on Saturday evening and surprised when it started with moderator Redi Tlhabi, who recently left her perch behind the Radio 702 microphone and said that she plans to go to America for further academic studies.

Redi Tlhabi was one of the original moderators of the show’s early seasons before Siki Mgabadeli and Masechaba Lekalake took over, with nobody that ever expected her to return.

As an assertive and extremely knowledgeable and experienced interviewer, the well-liked moderator on Saturday evening brought her credibility and cache to bear on the show, with Redi Tlhabi who instantly elevated the SABC’s current affairs credibility despite The Big Debate being slotted into a doldrum timeslot on television’s least watched day of the week.

Like democracy the first live broadcast episode of The Big Debate was a loud, zany, almost ungovernable, glorious mess.

Sound and some other production problems didn’t dim the cacophony of voices, all excitedly reaching for the roving mic and speaking up with varying opinions while the positive and critical comments of viewers scrolled by.

Some people unexpectedly got up and walked off set despite the floor manager telling them to remain seated. Cellphones rang. It was the most alive, unvarnished and authentic a current affairs TV viewers have seen on the SABC in years. 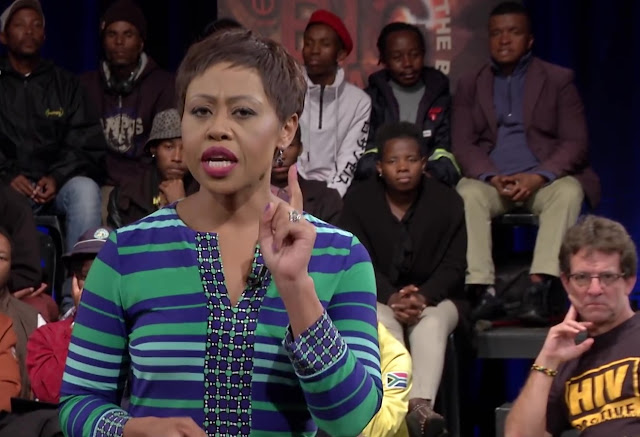 Big changes
Although already done by commercial broadcasters but with the resource scarce and cash-strapped SABC lagging behind, The Big Debate’s latest season marks a dramatic departure from existing SABC current affairs shows, and is a big improvement and a big step forward for SABC public audience interaction and participation.

For the first time, The Big Debate, done from Shine Studios in Johannesburg, is being broadcast live. It enables social media users to interact directly with the show by sending comments and questions that are being scrolled on screen.

With studio guests sitting in the show’s well-known five-ringed seating pattern, The Big Debate, besides being shown on SABC2, is also being simulcast at the same time on SABC News (DStv 404), as well as on the SABC radio station, SAfm, unlocking bigger public broadcasting synergy.

After the scheduled hour long episode of the show is over, The Big Debate now also continues seamlessly for another hour as a streaming show on YouTube with the various studio guests answering questions and making more comments.

The show also has a call-in hotline for the first time with viewers who can leave Whatsapp voice notes with the producers saying they’re listening to each and every one of them.

Also back, in a sense – and helping to elevate the SABC’s quality of broadcasting although they’re not working for the SABC – are several SABC and SABC News veterans working behind the scenes on the production, like Crystal Orderson for instance as one of the content producers.

The new The Big Debate season on the SABC will cover several topics that might seem mundane or well-worn if the show were broadcast elsewhere but that are literally breath-taking and highly notable given that it will be on the public broadcaster.

Upcoming issues that will be tackled include topics like radical economic transformation (“RET”) this Saturday and in 2018 even the controversial nuclear deal.

SABC2 will broadcast a second episode of The Big Debate this coming Saturday and then go on a production hiatus before returning in February 2018 for the remainder of the season.
on 7:24:00 AM