The Nigerian pay-TV upstart, TStv has missed its second launch date of 1 November and is now blaming dealership accreditation, while it continues to lie to consumers about the content it will have on its platform and carriage agreements with channel distributors that it definitely doesn't have.

TStv (Telcomm Satellite TV) on Tuesday announced that it will again miss its self-imposed, pushed-out deadline of 1 November for a commercial launch - the latest abrupt delay coming after TStv retro-actively referred to its first hyped commercial launch on 1 October 2017 as a "ceremonial" launch.

On Tuesday TStv suddenly said that its commercial launch is being postponed indefinitely, without giving a new date.

TStv is now suddenly calling November another "test month" and says on its website that the few people who have decoders will now get "all our channels free-to-air for one month".

Further revealing the amateur and fake-trash nature of TStv, services, especially pay-TV services, do their "signal testing" long before the launch commercially, or announce a launch date.

"We are very conscious of the need to offer Nigerians value. That is why we have opened all our channels for free," TStv suddenly says now.

"All our channels are up and free-to-air for this period of test broadcast".

Subscription television content from pay-TV providers is not allowed to be shown free to air anywhere in the world due to encryption and digital video content rights issues - suppliers want their content protected - as well as issues regarding age and content restrictions for which channels must get proper licenses, usually from local broadcasting regulators.

Meanwhile Nigerian newspapers who don't have the ability to properly investigate TStv's channels and content claims, keep parroting TStv press statements and did so again on Tuesday, and are doing a disservice to Nigerian consumers.

Nigerian consumers remain largely unaware that the content and TV channels that TStv keeps promising won't be available, and that where some of it is, it is being illegally transmitted.

TStv blamed so-called "dealer accreditation" for the latest delay - as if TStv is required to have all dealerships properly accredited in bulk as one big group before it can start selling decoders.

It's a reason that doesn't hold water since pay-TV dealers - agents and street shop vendors who sell decoders - are never accredited in bulk, but on a one-by-one basis.

There's no reason why the agents and dealerships who have been accredited the past month - if any were - and those possibly accredited prior to October, shouldn't be operating and selling TStv decoders.

TStv latest abrupt "commercial launch" delay signals bigger and as yet unknown problems that are very likely besetting TStv and its CEO Bright Echefu behind the scenes of the Abuja-based pay-TV operator.

TStv in a statement on Tuesday said the latest indefinite delay is "to ensure the proper monitoring and evaluation of the signal strength and quality of channels and programmes nationwide" and that "the accreditation of selected dealers was ongoing in addition to the full branding of the dealers' outlets across the country in order to achieve uniformity and evenness in the sales of its decoders".

TStv said that while "accreditation of our dealers are still ongoing, commercial sale of decoders will not commence until the accreditation process is concluded".

TStv said "we are not unaware of our promise to commence full commercial sales and operations of TStv Africa on 1 November 2017 nationwide," and said "we seek your further understanding and support in this value driven course". 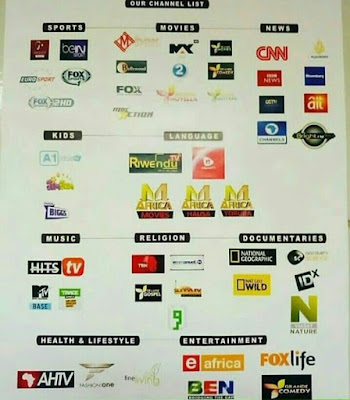 TStv keeps telling Nigerian consumers that its rumours and fake news that TStv does not have carriage agreements with the beIN Media Group to carry 10 beIN Sports channels.

TVwithThinus confirmed with beIN Media Group in Qatar that no agreement exists.

These sports rights however MultiChoice Africa and SuperSport already acquired previously for sub-Saharan Africa, and in exclusive multi-year agreements stretching into the future.

Turner Broadcasting also confirmed that TStv has no deal to carry its news channel CNN International that TStv in October laid claim to.

Discovery Networks International also confirmed that TStv doesn't have any carriage agreement for the range of Discovery-supplied TV channels TStv in October claimed it will carry.

Viacom International Media Networks Africa (VIMN Africa) and FOX Networks Group Africa (FNG Africa) both also confirmed that they have no channel dealings with TStv despite TStv claiming in October to carry some of their channels.

TStv in October claimed it will carry channels ranging from FOX Life, FOX Sports and Nat Geo WILD to even MTV Base. All of these channels said no contracts with TStv exist.

TStv in October also claimed in printed marketing and publicity materials - using channel logos and names - that it will carry channels like Fashion One and even AMC Networks International's kids channel Jim Jam - all channels that seem very unlikely to have contract agreements with TStv.

TStv in October also claimed that it will carry channels like eMedia Investments in South Africa's e Africa channel. eMedia Investments told TVwithThinus on Wednesday that "e.tv does not have an agreement with TStv to carry eAfrica. We are investigating the matter".

TStv also claimed in October that it will have Scripps Networks Interactive's Fine Living channel.


Angry consumer backlash starting
Despite little real information and reporting from the lame-duck Nigerian press that didn't do much to really probe TStv's fake promises and failed to contact content providers TStv said it had deals with, more and more gullible Nigerian consumers on Thursday finally started figuring out for themselves the murky mess of TStv's fake promises and lies.

TStv started to trend on Thursday in Nigeria as a consumer backlash against TStv started, and angry Nigerians wanted answers and started slamming TStv for its litany of false starts and fake promises.

"Your PR is poor. I can do better," said Adams Emmanuel.

"TStv tell us the truth, so it can set you free. What really is the matter?" asked Val. "Lies upon lies. No sale of any TStv decoder," said Agharandu Ugochukwu.