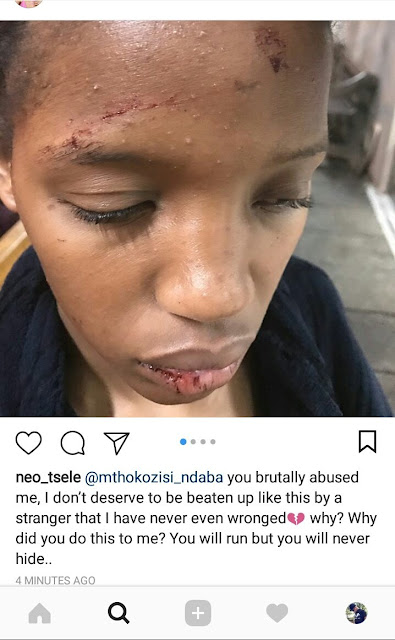 The troubled Idols runner up Mthokozisi Ndaba has gone from sore loser to an alleged woman basher, with a young woman who on Saturday shared photos and claimed that he allegedly physically assaulted her after which he ran away, saying she also lost a tooth in the violent attack.

"You brutally abused me, I don't deserve to be beaten up like this by a stranger that I have never even wronged. Why? Why did you do this to me? You will run but you will never hide," she says with an image of her bruised and battered face.

The police is investigating a claim of physical assault after a charge was laid by Neo Tsele (21) after Mthokozisi Ndaba allegedly beat her up in Braamfontein.

Neo Tsele says Mthokozisi Ndaba opened a bottle of vodka and after an argument ensued, started to hit her and then slammed her into a wall. She also lost a tooth while he ran away.

Hillbrow police station spokesperson, Sergeant Mduduzi Zondo told TVwithThinus that "a case was opened on Saturday morning against Mthokozisi Ndaba and the matter is being investigated. No arrest has been made yet."

Nondumiso Mabece, head of publicity at M-Net for local entertainment channels, told TVwithThinus is has been unable to reach the star that exhibited  bad behaviour since Sinday when he lost against Paxton Fielies and flew back to Durban on Saturday afternoon.

"Mzansi Magic and Idols are aware of social media posts of an alleged incident that took place on 24 November."

"We have however, been unable to make contact with Mthokozisi Ndaba, who has travelled back to KwaZulu-Natal. Mzansi Magic and Idols condemn any act of abuse," the M-Net run channel said.

The claim of physical abuse against the Idols star comes at the start of this year's 16 Days of Activism campaign that runs from 25 November to 10 December and aims to raise awareness over the scourge of violence against women and children in South Africa.

In a recent survey 1 in 4 women said they've been hit by a man, and 1 in 5 said they've been sexually abused or raped, with only 5% of women saying they feel the South African Police Service (SAPS) would help them if they reported it.

Sunday is International Day to End Violence Against Women. 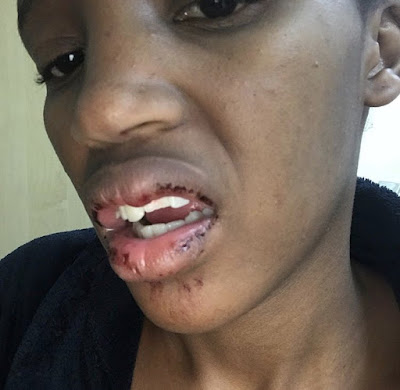 In August 2011 the Idols contestant Freddie "Van Dango" Moss was involved in a shocking and violent bar brawl with his face that got smashed in.

M-Net said it would pay for his hospital surgey after he suffered a broken cheekbone and disfigurement to his face since the production's insurance doesn't cover injuries sustained because of drinking.

The controversial Idols runner-up Mthokozisi Ndaba (25) who has now basically wrecked his career, damaged his career prospects as an artist and his brand after he blatantly storming off the stage at the Big Top Arena at Carnival City in the East Rand on Sunday night after Paxton Fielies (17) won.

While Paxton Fielies from Bishop Lavis in Cape Town was announced the winner at the end of Sunday night’s 13th season finale and sang her closing song surrounded by the rest of the top contestants, Mthokozisi Ndaba was nowhere in sight.


He suddenly refused to attend the post-show press conference, the VIP prize-giving after party usually held in the Mardi Gras room at Carnival City, and declined to do any media interviews this week as he went to ground.

This past week Mthokozisi Ndaba remained cloistered in Johannesburg under the care of medical professionals after struggling to deal with his bitter defeat against winner Paxton Fielies.

Mthokozisi Ndaba’s manager, Kim Coppen, referred media enquiries to Mzansi Magic, saying the TV channel is responsible for his publicity until next week. 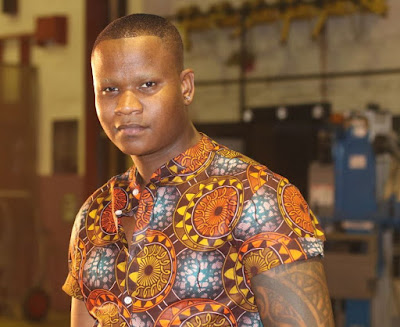 M-Net’s Mzansi Magic (DStv 161) channel that broadcast Idols told TVwithThinus earlier this week that the channel had no idea when Mthokozisi Ndaba from KwaMashu, Durban who has gone to ground, will be doing interviews, with all media appearances and interviews this week that abruptly got canned.

According to reports Mthokozisi Ndaba already said before the start of Sunday's finale that if he didn’t win, he wasn’t going to do media interviews.

After throwing open his life to the public and courting their attention, votes and engagement, he now wanted privacy.
on 11:53:00 PM