Unions to serve the SABC on Monday with strike notification; leaving the CCMA Monday and Tuesday to try and mediate a wage agreement before staffers down tools on Wednesday. 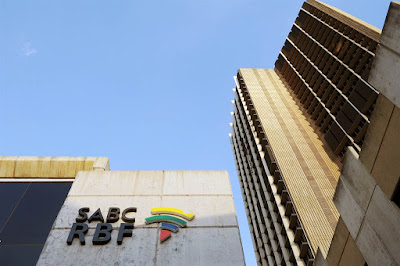 On Monday SABC staffers will hand-over a notification giving the South African public broadcaster 48 hours notice of an intent to strike from Wednesday if the CCMA fails to mediate some kind of an agreement between the SABC board and unions who demand a 10% pay hike and a bonus.

The SABC that is once again hovering on the brink of financial collapse without a cash-injection of R3 billion from the government, is facing debilitating strike action in the run-up to the festive season, with workers demanding a 10% pay hike and a guarantee that they will be paid a bonus 13th salary check in December despite the non-performing SABC posting a loss of R977 million.


The Broadcasting, Electronic, Media & Allied Workers Union (Bemawu) and the Communication Workers Union (CWU) who are demanding the 10% salary increase and the December bonus, say that SABC staffers will go on a protected strike if their demands are not met.

The SABC has been plagued by bad management, bad managerial decisions and upheaval at top executive and board level, with the government's Special Investigative Unit (SIU) currently conducting a wide-ranging probe into corruption, mismanagement and several dodgy contracts at the public broadcaster stretching back several years.

The trade unions on Friday agreed to let the Commission for Conciliation, Mediation and Arbitration (CCMA) try and mediate the wage dispute, but still plans on serving the SABC with a strike notification in Monday.

That gives the CMMA Monday and Tuesday to try and reach some kind of settlement deal between union representatives and the new permanent SABC board, before rolling strike action could hit the SABC from Wednesday.

The interim SABC board told union that no salary increase for SABC staffers was budgeted for, with the beleaguered South African public broadcaster deep in the red. The The Auditor-General called the SABC "commercially insolvent" with the SABC board "offering" SABC staffers a 0% pay increase.

Trade union Bemawu says serving its strike notification on Monday and giving the CCMA two days to try and get a wage agreement and to "afford the parties to meet in one last final attempt to avoid a full blown strike  at the public broadcaster is the correct one".