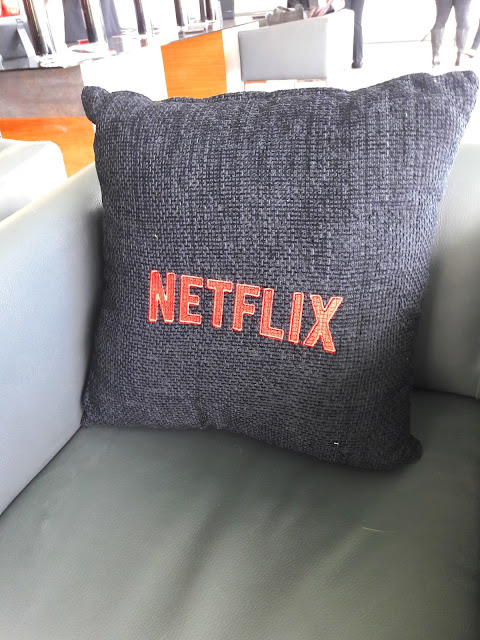 On Tuesday Netflix did its first-ever Netflix House SA in South Africa for the South African press covering television - a swanky, yet relaxed, get-together to talk about how the subscription video streaming service is making inroads across South Africa and African homes and its plans for South Africa in the future.

Netflix's marketing and PR executives from Europe looking after Africa flew to Cape Town for the week to gather with the media  and to mingle, show content, answer any questions, meet new members of the press and to say hello to old ones.

The Netflix House South Africa consisted of an afternoon "educational" where Netflix marketing and PR execs from Amsterdam did a lounge info sharing session and an open Q&A forum with the media where no questions were off limits.

The answers were often surprisingly quite frank, revealing and quite bold with Netflix taking a "take no prisoners" attitude. 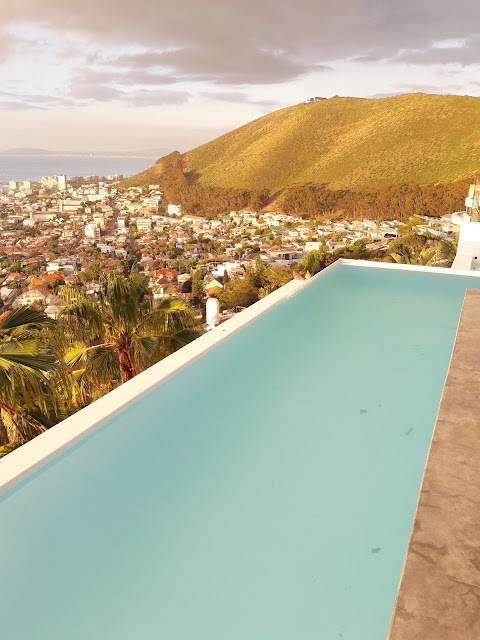 That was followed by an exciting yet relaxed sunset cocktail evening event.

Netflix South Africa will duplicate the Netflix House SA event in Johannesburg later this week and said it will do regularly meet-and-greet information sharing sessions with the media in South Africa.

Netflix said it will also eventually expand into the rest of Africa to get to know the press there personally, with South Africa as the African continent's entry point.

Of course nothing says posh like literally looking down on people - over a sparkling infinity pool - from a hillside mansion up as far against the slopes of Signal Hill as the suburb is allowed to go. 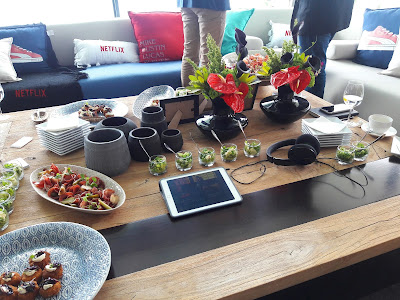 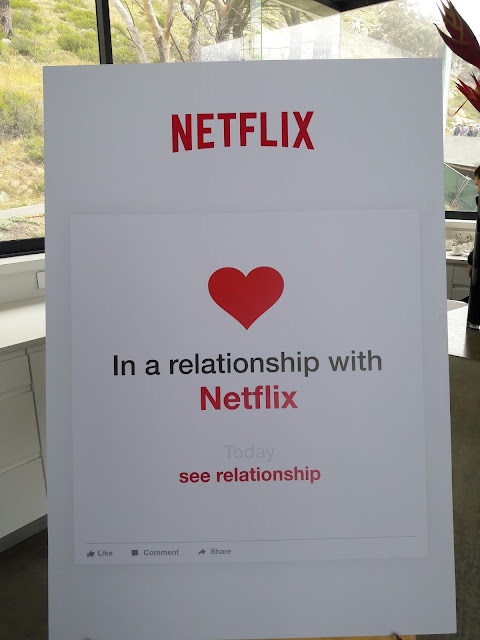 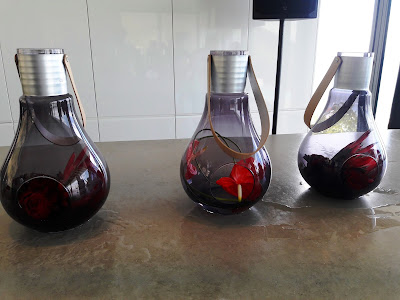 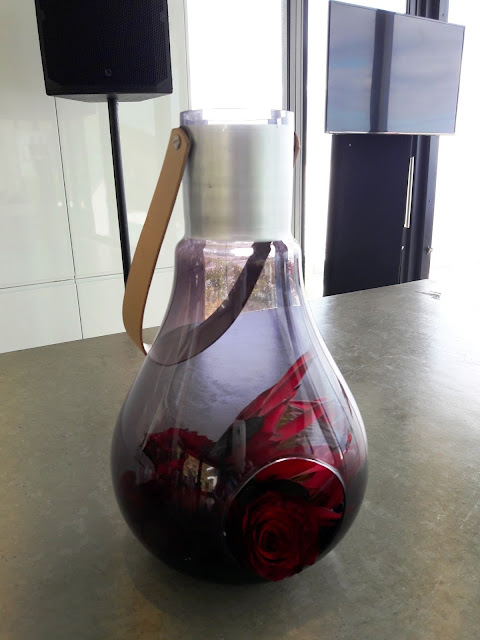 Netflix made sure there was electricity, brought in comfortable couches and Netflix embroidered cushions, banners, flowers, a wet bar, snacks, fast WiFi complete with tablets and big screen TV sets, along with headphones on which media could sample and watch Netflix shows.

Netflix then poured the rose champagne in flute glasses and essentially created a lux Netflix South Africa house - or as the TV critics who eventually managed to escape capture called it - a place no member of the Press Covering TV would ever want to leave.

It was simple, yet very elegant, relaxing and effective. 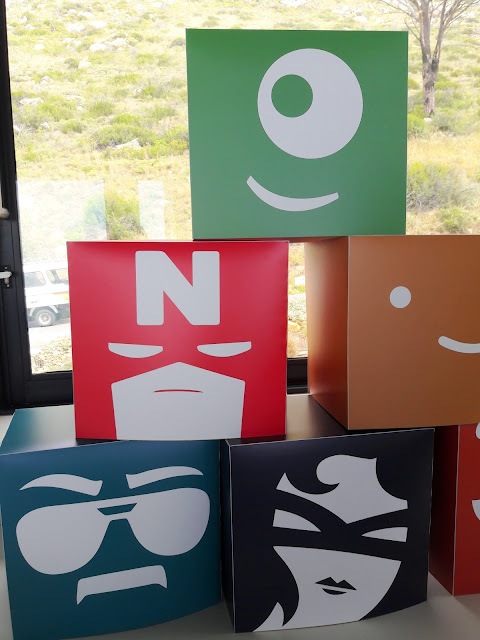 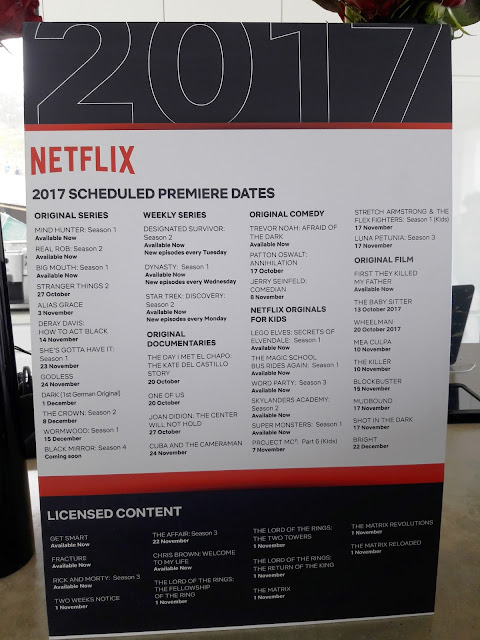 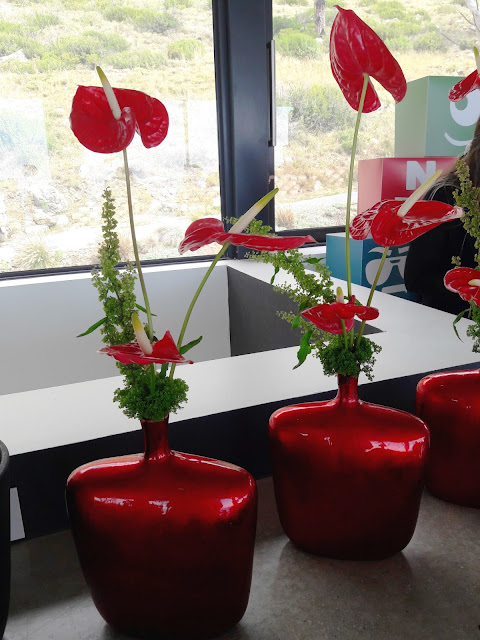 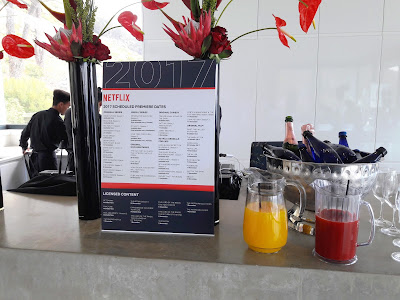 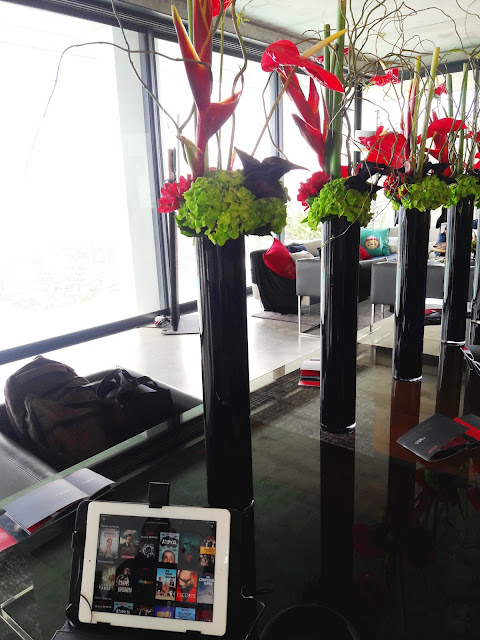 Netflix gave media Uber vouchers for the get-there, get-back in the narrow streets snaking up through one of Cape Town's most expensive enclaves, and a black Netflix logo embossed swag bag filled with the obligatory notebook and pen. Also included were information packs, a USB and brochures. 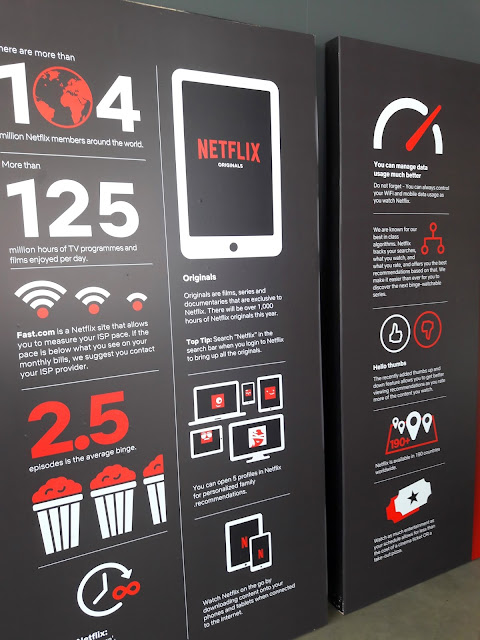 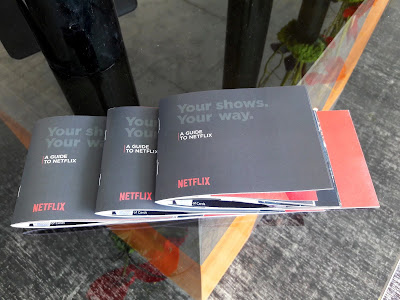 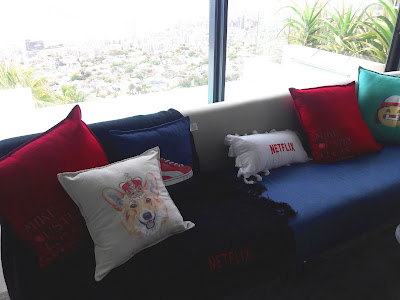 Also included from Netflix to press members was a promo code for a free Netflix subscription.

Netflix said it's for the media  to sample and watch Netflix South Africa content and to keep up to date with not just what is available on Netflix in South Africa, but to see how the service actually looks and the content constantly expands. 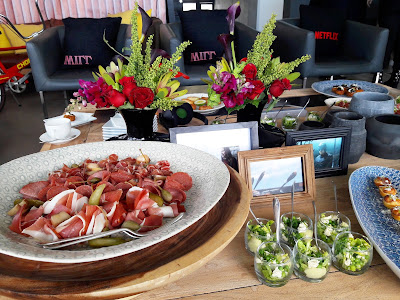 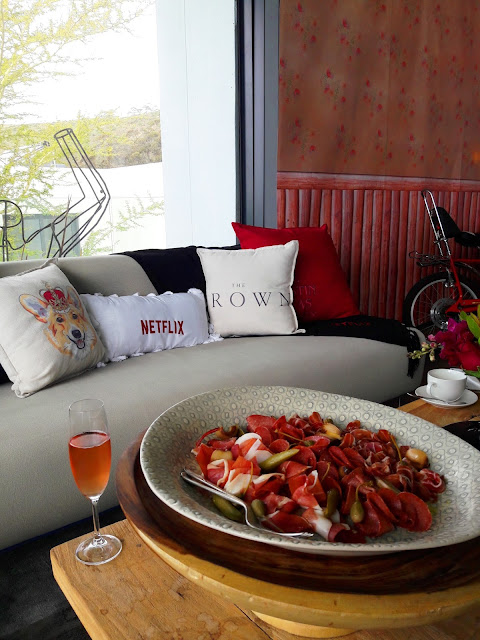 Noteworthy - and picked up by the press who talked about it at the event and cocktail party - is that rival Naspers' Showmax - that actually launched before Netflix in South Africa - hasn't done anything like a Netflix House in South Africa.

Showmax hasn't done any personable press engagement with media in terms of real world meet-and-greet events through educational sessions, or content sharing and update media meetings besides and since its original launch event. Neither has Amazon Prime Video or ONTAPtv since its launch.

Media said they thought Showmax, Amazon Prime Video, ONTAPtv and others would have had more, and have done more direct media event interactions around their content in South Africa than Netflix, and before Netflix now did an Netflix House SA event.

Netflix told the press it isn't in competition with the likes of Showmax or MultiChoice's DStv or others - and said it isn't trying to be.

Netflix executives said Netflix is it's own thing, welcomes competition because it makes everyone better, is dramatically ramping up its original content production, that no one service has the monopoly on great content, and that anyone can create their own compelling stories. 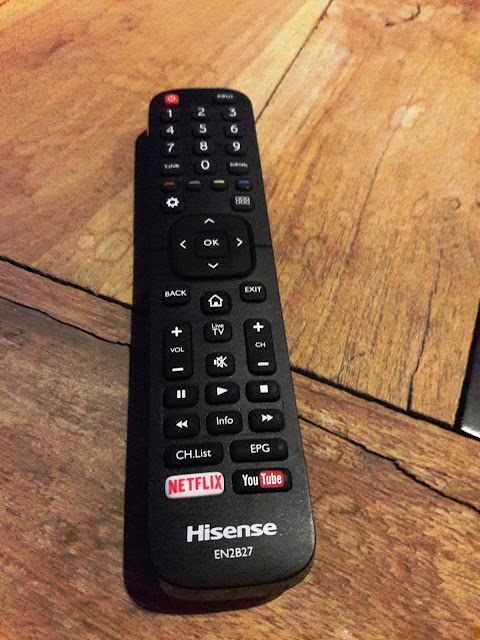 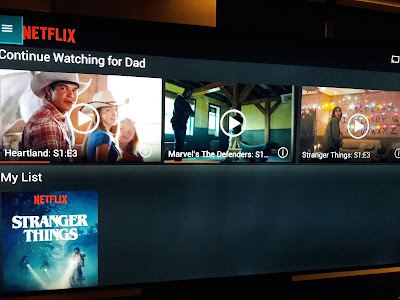 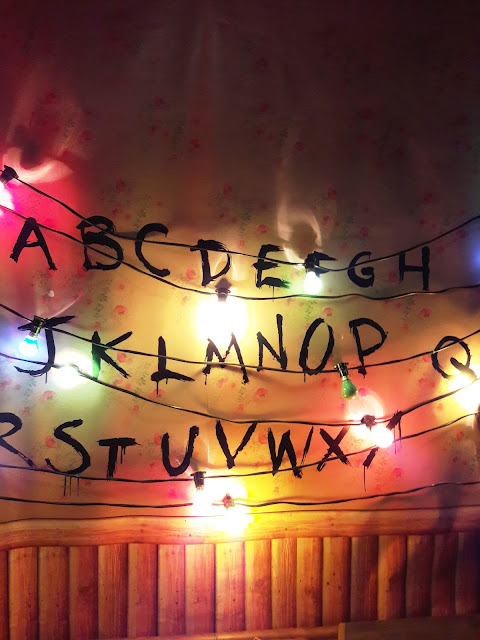 Netflix on Tuesday at its Netflix House SA showed the media its content, played sizzle reels, and had content snippets from upcoming new shows and seasons specifically for the media that can't be seen or accessed anywhere else.

Netflix executives talked about its global business, but contextualised it in terms of South Africa, and explained how South Africa fits into it, shared some South African viewing statistics, and peppered the presentation and Q&A session with personal anecdotes.

Netflix spoke and explained its co-productions its doing around the world and how that works, how it spends $1 billion just on reducing "tech friction" (making it easier for people to practically use Netflix), its stance on piracy, the use of VPNs and addressed a litany of other issues.

Netflix asked media what and how it can be better and what the media needs in order to get Netflix's messages about its content to customers and the public.

Members of the media were invited back for an evening cocktail event (that went on into late into the night) to informally mingle with Netflix representatives. 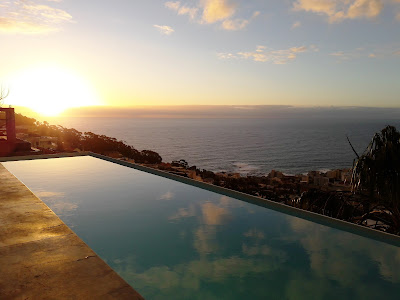 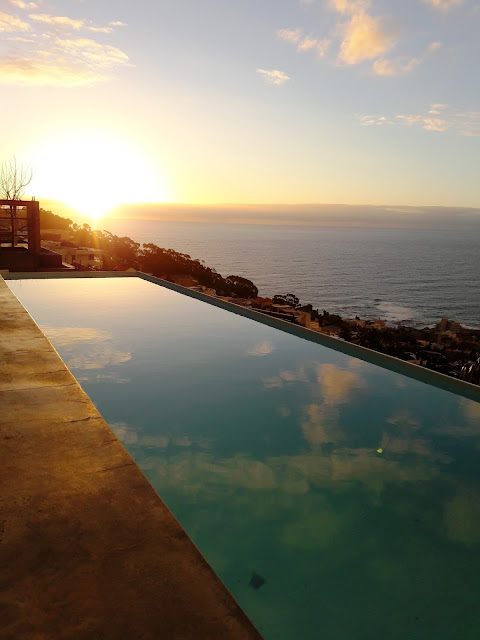