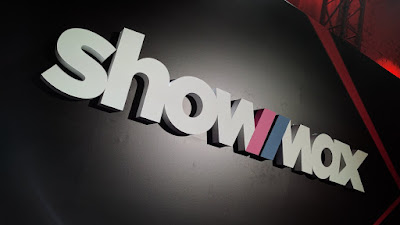 The merged Showmax and DStv Digital Media will be renamed as a new digital division reporting directly to Imtiaz Patel, CEO of Naspers' video entertainment unit.

Showmax's operations outside of South Africa will be headed up by John Kotsaftis, while Graeme Cummings, DStv Digital Media general manager and Chris Savides, Showmax Africa boss, will continue in their roles for now.

So far there's been no announcement from Naspers, MultiChoice or Showmax, while Imtiaz Patel told staffers that Showmax Africa will be folded into DStv Digital Media, reporting to MultiChoice South Africa CEO Mark Rayner while Naspers looks for someone to head up the newly combined digital unit.

"The time has come for us to align these two services more closely to create an even better entertainment experience for our customers and to truly innovate in this space," said Imtiaz Patel to staffers.

"This is an opportunity for us to truly leverage the skills and capabilities we have built in these two teams, and create greater synergy. For this reason, we will be bringing Showmax Africa and DStv Digital Media together in Africa to create a new digital division (final name to be decided) reporting directly into me."

Over the past year Showmax, launched by Naspers as its own service and directly competing with MultiChoice's DStv and other SVOD services, has become so integrated with MultiChoice's offering that it's become virtually indistinguisable as a separate service.

Bloomberg first reported that Naspers is merging Showmax and MultiChoice's DStv Digital Media division to cut costs and to share exclusive content - something that ShowMax and MultiChoice have already been doing in terms of TV production costs and broadcasting licensing rights.

In response to a media enquiry in the week asking about it, Showmax spokesperson Richard Boorman told TVwithThinus that "we're looking at opportunities for DStv and Showmax to work more closely on digital entertainment products to the benefit of both sets of customers."

'There's no specific details to share at this point, but I can say it's not a cost-cutting exercise."

MultiChoice in response to a similar media enquiry said "we're looking at opportunities for DStv and Showmax to work more closely on digital entertainment products to the benefit of both sets of customers. There are no specific details to share at this point."
on 12:02:00 PM