Second season of MARS on National Geographic starts filming in Budapest; new 6 episodes will be set even further into the future. 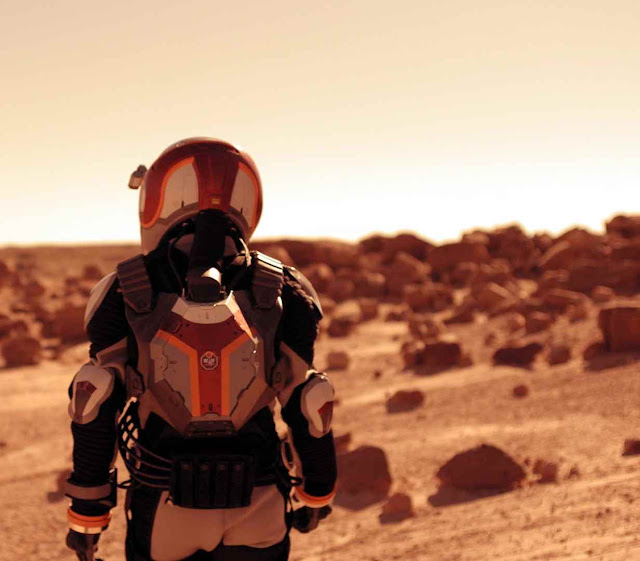 The second season of the fictional and anchored by real-life science and astronomy docu-drama series, MARS on National Geographic (DStv 181) has started filming in Budapest and has added several additional actors to the cast.

National Geographic renewed Mars for a second season in mid-January 2017.

In March it was a little bit awkward when Hamish Mykura, the executive vice president for programming and development at National Geographic, briefly visited South Africa and did a presentation at MultiChoice's DStv Media Showcase.

I've watched all the episodes of the first season of MARS on National Geographic that was put on DStv Catch Up with the show that of course ends on a cliffhanger with - spoiler alert! - the explorers finally discovering life on Mars in the final scenes.

I therefore asked Hamish Mykura if he can reveal just a little bit of how the second season of MARS will proceed, given that the show is anchored by real-life science to give possible solutions to the problems faced on Mars, but with MARS that will now obviously have to venture even further into more speculative "science fiction" territory.

"We are looking at a next series, but nothing announced yet," Hamish Mykura told me.

With filming that has now started, the new 6 episodes of the second season of MARS will take place several years further into the future, with the new season of Ron Howard's Imagine Entertainment and Brian Grazer's Radical Media that will be broadcast on National Geographic in 2018.

Dee Johnson is the new showrunner of the second season. "This season takes us literally into new territory."

"With no laws, no government and no safety nets of any kind, what is it like to be among the first settlers of Mars? Not only do we explore dangers and mysteries of this brand-new world, but we also explore what it means to be human in a place where so few exist."

By now the Daedalus astronauts have built a full-fledged colony called Olympus Town and the second season will examine mankind's impact on Mars and the planet's impact on humanity.