The SABC now says the old 7de Laan theme song won't be return after SABC2's Jacqui Hlongwane told the media the original theme song would be back.

The SABC's statement comes after SABC2's programme manager Jacqui Hlongwane reportedly told media that the original theme music of the weekday soap would be making a comeback.

SABC2 in a statement said it noted "with great concern" the "unfortunate misleading media reports regarding the return of the original signature song of the soapie 7de Laan".

After dumping the Sunday 7de Laan omnibus in mid-February without any prior warning to viewers - a move that saw SABC2's Sunday ratings tank - the channel reversed course on the decision and made the official announcement that it will be bringing back the weekend repeats of the Danie Odendaal Productions soap from Sunday 2 July at 13:30.

According to media, Jacqui Hlongwane also said that the old 7de Laan theme song that was dropped in June 2015 as part of a series of transformative changes to the weekday Afrikaans soap, would be making a comeback.

That however changed when the new song from Joe Niemand along with a new opening sequence was introduced. 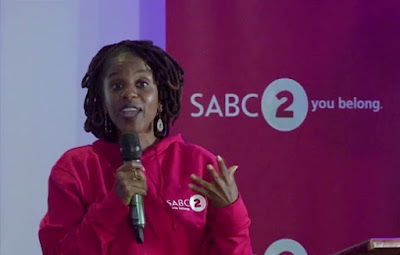 Jacqui Hlongwane who reports to SABC2 channel manager Gerhard Pretorius, told the media that e.tv is "breathing down our neck" according to AlexNews and that SABC2 is aware that the SABC will have to produce better content if it's to keep its viewers.

"Our relationship with our viewers should not be a one-night stand but one that will last for eternity. We need not take them for granted as they now have more options at their disposal. e.tv is breathing down our neck and the only way to stay relevant is to beat them at this viewership and we can do that by producing top class material for the viewers," said Jacqui Hlongwane.

She said SABC2 is aware that line-up and schedule changes the channel introduced touched a raw-nerve that negatively impacted viewership. "I can assure them that we have listened and we're answering their numerous calls urging us to do something."

Jacqui Hlongwane said that SABC2 has gone through a lot of changes and that "we could have invited you to  ahotel and gave you speeches but because we are game changers, we took this launch to a whole new level to communicate our strategy that is coming to fruition".

Zandile Nkonyeni, SABC TV head publicist didn't respond to a written media enquiry on Wednesday when she was asked for clarification specifically about what Jacqui Hlongwane said about 7de Laan and the show's theme song at the media event.

The SABC in a statement on Thursday afternoon, after reports surfaced that the old theme song is coming back, said that SABC2 announced "that the omnibus will return from 2 July at 13:30, however there was no mention that the old signature song will be returning. Our viewers have warmed up to the new signature tune and therefore reports are factually incorrect and misleading".

The SABC said in its statement that it "urges the media to report responsibly and not mislead the public". 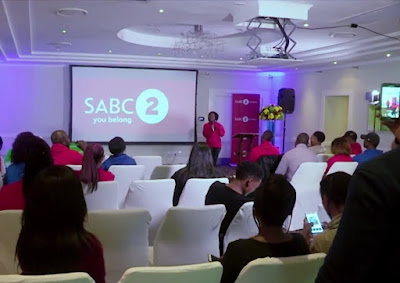 I reached out to Johannesburg media who attended the press event on Thursday, who re-emphasised that Jacqui Hlongwane said the old 7de Laan theme song would be coming back.

"She even said literally that some viewers were complaining that even their dogs now don't know their meal times as they were being fed when that original signature song was playing and she said she was happy to say it will be returning," said one veteran journalist who attended SABC2's Gold Reef City presser.
on 10:38:00 AM