Oubaas out at 7de Laan as actor Pierre van Pletzen is leaving the SABC2 soap; character won't get divorced or die, says producers. 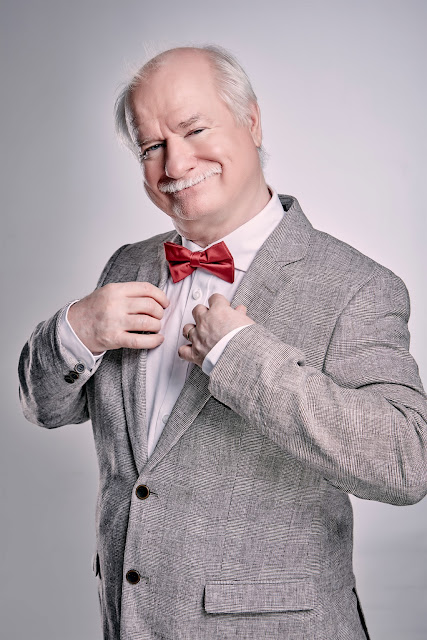 Oubaas is out at 7de Laan with actor Pierre van Pletzen who played the iconic character for 17 years, leaving the Danie Odendaal Productions weekday soap in early August after he was unceremoniously fired by the production company after years of loyal service.

The producers of the weekday Afrikaans soap told TVwithThinus that the character of Septimus van Zyl, known as Oubaas ("Old Boss") that lives in a flat in Hillside Heights in the fictional Hillside suburb in Johannesburg and who is married to Hilda (Annelisa Weiland) is being written out of the show but that the character won't get divorced or die.

The extremely well-liked and highly regarded Pierre van Pletzen (65) who also used to be one of the directors of the soap until 2016 when he was prevented from continuing in a dual on-set role due to newly enforced SABC rules, will leave the soap and film his last scene on 14 August.

Since the soap films episodes some months in advance, the final scenes with Oubaas, known for his mixed metaphors, will only be broadcast on SABC2 in the latter part of 2017 during the 19th season.

The veteran actor, director and musician Pierre van Pletzen is one of the last remaining original actors and characters left who has been with the soap since its inception on SABC2 in 2000 - but now he has been fired as well.

The production company said "as of 14 August Pierre van Pletzen won't form part of the 7de Laan cast" and that "on his exit he won't be killed nor divorced from Hilda. We don't have immediate plans for his character but the possibility always exists for him to come and visit for a story arc."

The production company gave no reasons for why Pierre van Pletzen was let go.

"Pierre has been a valuable part of 7de Laan for many years. His contribution is highly appreciated.We will not be saying goodbye to Pierre as he will be visiting from time to time."

Meanwhile the bulk of the South Africa's viewers and even the local TV fraternity are completely unaware of the extremely hard-working Pierre van Pletzen's unofficial South African and Afrikaans television "Guinness Book of Records"-like achievement.

He's the first and so far only person to appear on SABC2, the Afrikaans lifestyle channel VIA (DStv 147) and the Afrikaans entertainment channel kykNET (DStv 144) at the same time in first-run productions.

Besides his role in the Afrikaans soap 7de Laan on SABC2, the veteran performer can also be seen as a bumbling university academic in the new Afrikaans comedy Phil 101 on kykNET and as himself in the new Afrikaans reality music series, Die Ooms se Band on VIA setting up a new band called Harrebaard with Frank Opperman.

The more on-screen appearances and more work in different shows Pierre van Pletzen did the past few months besides just 7de Laan are in fact a direct result of what happened behind the scenes at the soap.

While the SABC's now fired Hlaudi Motsoeneng in 2016 as chief operating officer (COO) kept publicly touting how he's creating a better dispensation for artists and actors, behind the scenes the public broadcaster made things much worse and more difficult for creatives and production companies.

The SABC ordered shows like 7de Laan to end the practice of "double dipping" where people could fulfill and be paid for more than one role. Pierre van Pletzen subsequently lost the directing part of his job at Danie Odendaal Productions that abruptly saw his income halved.

On orders from the SABC to broadly "revitalise" the soap, the older character actors like Pierre van Pletzen, Anneliza Weiland and Annelize van der Ryst (Matrone) in 7de Laan also saw their contracts being changed from permanent to so-called "on call" actors that also had a negative impact.

According to insiders, the multi-tasking and skilled Pierre van Pletzen, known among his colleagues for often taking catnaps on sets in-between filming, won't struggle to find new work opportunities and will likely be snapped up for new acting and directing work at other Afrikaans soaps and productions.
on 7:52:00 AM