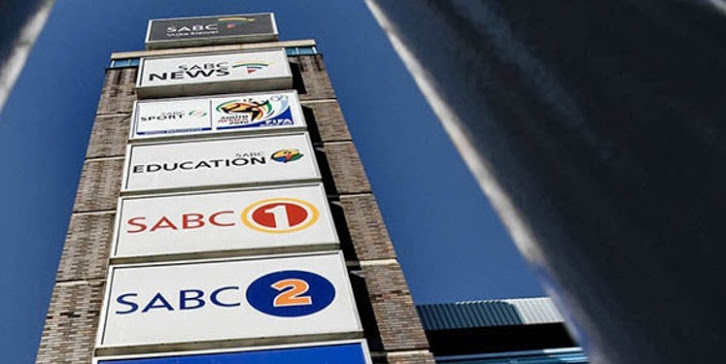 The out-of-cash SABC hovering on the brink of financial collapse has shocked the new interim board members, new communications minister, as well as returning staffers, who discovered that the broadcaster not only has no money for the switch to digital terrestrial television (DTT) but is still using tapes.

Like a real-life Upside Down in the hit Netflix TV drama Stranger Things set in the 1980s, the SABC’s Auckland Park headquarters and its regional offices across the nation are caught in a bizarre time warp, working as if it’s still living in the era of the Sony Walkman, VHS video cassettes and Betamax video players.

Mathatha Tsedu, SABC interim board deputy chairperson revealed to parliament that although the media and broadcasting world of 2017 is a fully digital environment, the beleaguered South African Broadcasting Corporation is operating in an old and outdated analogue bubble as if it’s still the 1980s.

“So we need to replace them. It’s just that simple.”

“The SABC buys content outside in digital form. But when we store it, because we don’t have digital storage, we store it in tapes. So we buy it as 2017 content, and we store it as 1980 format.”

Mathatha Tsedu explained to parliament how the SABC will have perform a Back to the Future like miracle maneuver to catch up with digital broadcasting at some point in the future.

“When the SABC eventually gets money to get a digital library we’re going to have to take our 2017 content – that we took back to 1980 – back to whatever the year will be when we do that,” said Mathatha Tsedu.

“Even in the news broadcasts, the final output of news still goes, some of it, in tape – in 2017! There’s need for a huge budget that should help us to cross over.”

Current affairs ‘still working on tapes’
An SABC current affairs producer in mid-April during a "rediffusion" staff session with the new SABC interim board, told the board that she was shocked to find upon her return to the South African public broadcaster that the SABC still works with tapes.

She stood up and said “I returned to the SABC 20 months ago. It was like moving back in time."

"The technology or the lack of technology in this place is shocking. In TV current affairs we're still working on tapes."

"In current affairs there are 7 or 8 cameramen available to all the current affairs programmes. We've been told we can only have one cameraman, per programme, per week. How are we supposed to shoot our inserts?"

"When the SABC got the chance to set up this channel on DStv, they got the opportunity to start something that they could take forward once digital TV migration comes in. SABC News has been neglected."

"We have been rudderless on the SABC News channel since Themba Mthembu retired three years ago and we have been left to our own devices."

Poobie Pillay, an SABC advertising executive said "Landmark was implemented last year April. Landmark is an ad booking system that was meant to book client adverts and run across all 18 SABC radio stations. Landmark wasn't tested before implementation, there was no research done as to why we should use this software system for radio."

"The SABC has lost million by using and implementing the Landmark system. My colleagues and I've got clients on a daily basis ... we've got, Afrikaans ads are on Ukhozi FM; it's just a mess. We can't execute competitions and we are losing millions of rand."

"It's a year later and we're passing credits of over R100 million to clients."

No money for digital TV switch
Last week Ayanda Dlodlo, the new minister of communications, told parliament’s Standing Committee on Public Accounts (SCOPA) that the SABC doesn’t have any money for the broadcaster’s long-delayed switch from analogue to digital TV (DTT), a process known as digital migration.

In September 2011 SABC executives and the board promised parliament that the SABC’s DTT offering will entail 18 TV channels – 17 TV channels and one interactive video service channel.

In May 2015 the SABC’s former controversial chief operating officer (COO) Hlaudi Motsoeneng said the SABC will launch its DTT offering with only 5 channels.

Hlaudi Motsoeneng said he secured R1 billion for the SABC for the production of new local TV content for these "language-based" channels. Over a year later, again nothing materialised.

Ayanda Dlodlo told SCOPA that the SABC’s latest bailout request to treasury – similar to the one it got in 2009 in the form of a R1.47 billion government guaranteed loan from Nedbank – was completely inadequate, since the SABC, beyond staying afloat, must also switch to digital broadcasting.

“So to me, it was a funding request that was inadequate. It was almost like putting Elastoplast on a wound, instead of treating the wound,” said Ayanda Dlodlo.

While other South Africa broadcasters like M-Net and available streaming services in Africa like Naspers’ ShowMax and Netflix work in a fully digital environment with digital playout and literally beam episodes and seasons of shows in by satellite to vast digital libraries, the SABC struggles on with tapes.

In April the SABC experienced severe schedule disruption and had to delay the start of the new season of Survivor San Juan Del Sur on SABC3 when the channel’s playout division suddenly discovered technical issues with the tape it was unable to fix in time for broadcast.
on 9:21:00 AM