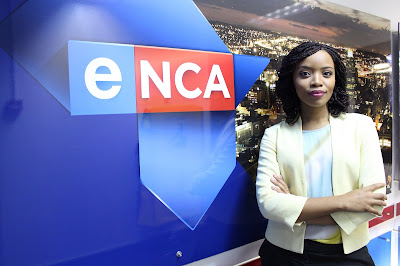 Ayanda-Allie Paine is returning to eNCA (DStv 403) where she will anchor a new weekend morning programming strand, Weekend Wake Up from this Saturday and Sunday between 07:00 and 10:00.

The former eNCA'er left the eMedia Investments TV news channel in mid-2013 but is now back after stints at the SABC's SABC News channel and Morning Live and then Power FM where she resigned in September 2016.

Weekend Wake Up is a new news and lifestyle show that will revolve around entertainment, lifestyle and family issues and also include sport as eNCA tries to compete more directly with SABC2's Morning Live Weekend editions during the same timeslot on Saturdays and Sundays and ANN7's Vuka Africa that has a softer approach.

"There is a different energy on weekends. Weekend Wake Up is designed for those who want to stay informed - but in a more reflective and relaxed way."

"The weekend breakfast show has a little more room to fully explore important topics for the South African public. Ayanda-Allie brings the perfect balance for this show as she has a strong news instinct but is also quite comfortable kicking back and exploring more feature-driven and lifestyle topics".

Ayanda-Allie Payne in a statement says returning to eNCA after the SABC and Power FM "is more of a homecoming" and that "having started my television career in the channel and then venturing out onto other platforms, it seemed like a natural progression for me to go back to an environment" like eNCA.
on 11:34:00 AM