Actor who is a soap star in e.tv's Scandal! prime time soap has been arrested in a brothel raid in Springs. 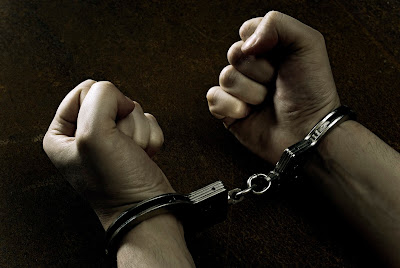 A South African actor appearing in e.tv’s popular prime time soap Scandal! has been arrested following a raid on a brothel.

The actor - charged under the Sexual Offences Act – has been arrested along with 16 other people at a Springs brothel east of Johannesburg in a police raid.

eNCA reports that the soap actor, who can't be named yet is, is one of six men and 11 women who were found in the brothel.

There's no word yet on whether the brothel sting is linked to the recent sex slaves rescue in the same area where police uncovered a brothel disguised as a barber shop.

I reached out to e.tv on Thursday evening, with the broadcaster saying it is aware of the soap star’s arrest.

"e.tv is aware of the stories and speculation surrounding the arrest of an actor, but has received no further details at this stage,” Vasili Vass, e.tv’s head of corporate affairs said in response to a media enquiry. “The channel will respectfully allow due process to take place.”
on 7:32:00 PM