SABC3 moves Survivor to Tuesdays, 29th season of Survivor: San Juan Del Sur with pairs of loved ones competing against each other, set to start at 19:30. 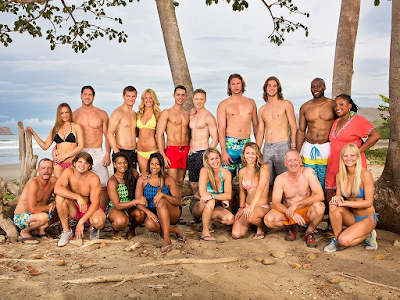 As part of its third dramatic schedule reshuffle in a year SABC3 has moved its iconic Monday bulwark show Survivor to Tuesdays with the 29th season, Survivor: San Juan Del Sur - Blood vs Water that will start tonight at 19:30.

SABC3 has given no reason or explanation for the day change, although viewers are glad that Survivor has managed to survive under the SABC's controversial former chief operating officer (COO) Hlaudi Motsoeneng's 80% local programming decree for the channel that saw international shows being dumped from prime time.

The still very popular veteran American reality show is one of the last remaining SABC3 legacy programmes from the channel's "quality shows" era and Survivor, distributed by CBS Studios International, still generates enough buzz and pulls enough viewers to land it a spot on SABC3's monthly most watched programmes list.

Similar to the 27th season, Survivor: Jan Juan Del Sur, set in the same Pacific Ocean location as Survivor: Nicaragua and Survivor: Redemption Island, has 9 pairs of loved ones competing against each other in two tribes, Coyopa and Hunahpu.

The season's 18 contestants include brothers, a black married couple, a father and son, a father and daughter, a daughter and mother, the twins Nadiya and Natalie from The Amazing Race, a gay couple, and two white dating couples.

This season of Survivor will see the return of Exile Island with a hidden immunity idol in the mix.

The 7th season of Tropika Island of Treasure Seychelles started on Monday night on SABC3.

With Survivor starting tonight - and with Island of Treasure at 13 episodes running just one episode less than Survivor's 14 - it means that viewers will be seeing two island based reality competition shows on consecutive weeknights, on the same channel, over the next three months.
on 10:00:00 AM