SABC 'putting thousands of livelihoods at risk' with failure to pay its biggest shows, as public broadcaster again hovers on the brink of financial collapse. 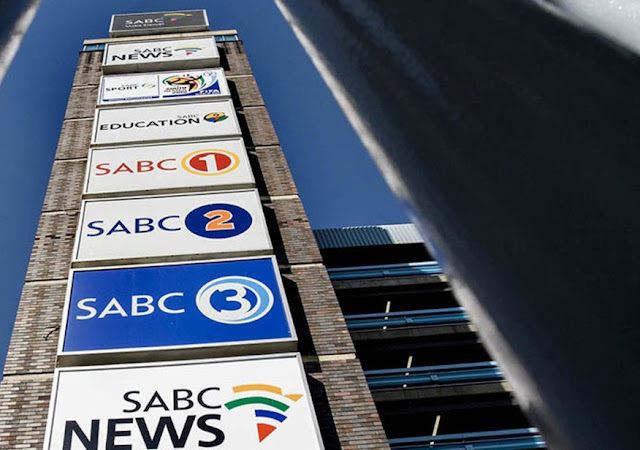 The SABC racing to the brink of financial collapse is putting "thousands of livelihoods at risk" as some of the SABC's biggest shows like Uzalo, Muvhango, 7de Laan and others are not getting the money they need to produce the content the SABC needs with actors, presenters and production crews anxious as they wait to be paid.

With ongoing plummeting SABC viewership and listenership to record lows, and with the public broadcaster's cash reserves basically depleted, more information is coming to light about the SABC once again finding itself in the precarious position in 2009.

In 2009 after mismanagement, maladministration, corruption and gross overspending, the South African public broadcaster came to the brink of financial collapse and was only saved through a government bail-out in the form of a government-guaranteed loan of R1,4 billion from Nedbank.

Although the public broadcaster was pulled back from the brink, the SABC inflicted massive damage on South Africa's TV industry and decimated independent producers with some who were forced to sell their houses and cars.

Now the SABC is once again in a dramatic cash-crunch months after the controversial former chief operating officer (COO) Hlaudi Motsoeneng ordered a dramatic increase in local radio airplay on the SABC airwaves and announced his plan for an abrupt increase in local content on SABC TV channels, starting with 80% on SABC3.

SABC executives in July 2016 already raised the alarm that the SABC will be running out of money within months, something the SABC at the time denied. Last month acting SABC CEO James Aguma told parliament that the SABC's finances are stable.

In reality the SABC at the end of this month will have used up the last of its cash reserves.

After the SABC abruptly failed to pay all of its service providers, production companies and creditors at the end of March, the SABC's acting chief financial officer (CFO) Audrey Raphela, in a hurried letter told service providers and producers that "you will be contacted individually by your SABC counterparts to clarify how our obligation to you will be honoured by no later than the week ending of 7 April".

The Daily Sun now reports that SABC1's most watched show, Uzalo, only received partial payment. SABC2's Muvhango and 7de Laan were reportedly not paid and are waiting for their money. It's the same with SABC3's Isidingo that the SABC also allegedly failed didn't pay.

The SABC as a public broadcaster doesn't want to publicly comment about who didn't get paid at the end of March, with SABC spokesperson Kaizer Kganyago that told The Daily Sun "we will not engage in the public domain with the people that we work with. That's why we have decided to engage them directly."

According to insiders several SABC shows ranging from SABC1's Selimathunzi to SABC3's Top Billing have allegedly not been paid, as scores of production crews, actors and presenters are waiting on their money.

The Independent Producers' Organisation (IPO) representing hundreds of producers and production companies in a statement to TVwithThinus says it is alarmed over the SABC's latest payment failure.

"These payments are generally for work that has already been delivered or is in the process of being made. These payments go towards paying suppliers including actors, directors, technical crew, caterers, equipment suppliers, car hire companies and fuel. These are the people who work 12 hour days to bring some of the country's favourite programmes to life".

"The failure of the SABC to pay not only places the industry in crisis, but also puts thousands of livelihoods, bond and loan repayments, school fees and living expenses at risk. The impact on the many thousands of lives is dire," says the IPO.

The IPO says the dire situation the SABC is once again finding itself in, is negatively affecting "the general industry, including actors and crew".

Tell-tale signs of the current cash-crunch was foreshadowed in October 2016 when the SABC's failure to sign new contracts in time saw Muvhango's executive producer forced to take out a bank loan to try and pay cast and crew while 7de Laan warned actors and crew in a shocking note that they won't be paid.

Later that month the SABC rushed to finally sign new contracts. By delaying signing contracts the SABC was able to keep more money in the bank for longer.

In November 2016, despite a signed contract for a third season that was months into production, the SABC suddenly pulled the plug on SABC3's High Rollers, ordering it off the air within 30 days and suddenly leaving hundreds of crew and actors without jobs.

Meanwhile pressure is mounting as South Africa's treasury and the new minister of communications Ayanda Dlodlo will have to decide what form the possible latest government bail-out of the SABC will take.

Without a massive cash injection within weeks, the cash-strapped SABC's operations will start to seize up from the end of the month.
on 10:38:00 AM