New minister of communications Ayanda Dlodlo: 'My expertise is in other areas', admits she knows little of digital TV migration, doesn't know if Hlaudi is still being paid. 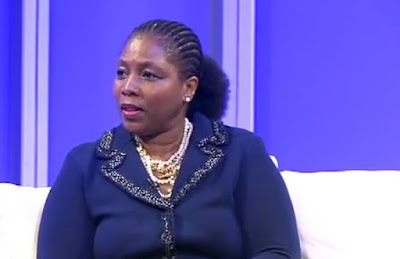 South Africa's new minister of communications, Ayanda Dlodlo in an interview admitted that her expertise is in other areas, that she knew little of South Africa's digital terrestrial television (DTT) migration process before starting her new job this week, said she doesn't know if Hlaudi Motsoeneng is still being paid and that the SABC is going to be one of the most difficult organisations to deal with.

The former deputy minister of defense in an interview on the SABC's Morning Live on Thursday said her appointment as South Africa's new minister of communications after an abrupt cabinet reshuffle by president Jacob Zuma late last week came as a surprise since "my expertise is in other areas, but obviously, the president knows what's best".

Ayanda Dlodlo said digital migration - South Africa's long-delayed and controversial process of switching from analogue to digital TV broadcasting - is "a learning experience for me because I've heard people talk about set-top boxes (STBs) and digital migration, but I've never understood the context of what it actually meant".

Ayanda Dlodlo said she's meeting with the broadcasting regulator, the Independent Communications Authority of South Africa (Icasa), the SABC, manufacturers next week and a lot of stakeholders and roleplayers to implement DTT "as soon as we can". "We can't afford another delay."

She said the most important thing for her is "to get the SABC back on its feet".

"Everybody that I speak to says to me 'please get that place in order'. So that's the most important thing, getting the SABC afloat financially, ensuring that the SABC board is fully functional, but also ensuring that the acting positions are done away with."

"People must go back to their positions, people must start working, we appoint a new CEO. All of that work needs to be done as soon as yesterday," said Ayanda Dlodlo.

She called the SABC's situation with the beleaguered public broadcaster, once again on the brink of financial collapse like in 2009, "extremely worrying".

On Wednesday Ayanda Dlodlo "had a meeting with the minister of finance to try and sort out the issues around the financial status of the SABC. There are processes we've decided upon, that will be implemented soonest."

Ayanda Dlodlo said she thinks the SABC "is going to be one of the most difficult institutions to deal with. Over years, the SABC over years has had problems. And it's not because of Hlaudi Motsoeneng or whoever was the CEO. I think it was just a structural issue."

"I don't even want to put the problem on one individual or one set of a leadership team as being the only problem, or the problem. I want to be a little more focused on the broader picture than looking at individuals. How does the system work."

Ayanda Dlodlo was asked if the famously matricless and controversial former chief operating officer (COO) Hlaudi Motsoeneng is still being paid and still an employee of the SABC.