e.tv and eNCA dumps its daily Zulu TV news bulletin, iZindaba, on OpenView HD after just three and a half years as it continues to scale back its news offering. 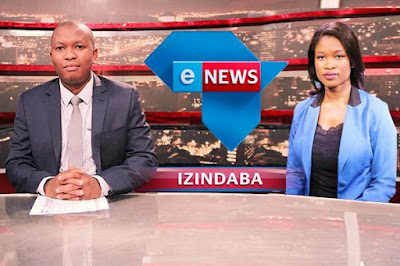 e.tv and eNCA's eNews division has dumped its daily Zulu TV news bulletin, Izindaba, after just three and a half years as it continues to scale back on its news offering.

eNews Izindaba was however quietly cancelled at the end of March when e.tv dumped the channel and replaced it with a new channel called e.tv Extra.

The loss of the Zulu prime time news bulletin is the latest cutback in eNCA's once lofty TV news ambitions under the tenure of eMedia Investments group chief operating officer (COO) Mark Rosin, with less appetite within the e.tv structure the past two and a half years for news content and a continued bigger focus and emphasis on providing entertainment programming.

e.tv that earlier this year lost an attempt to get out broadcasting a TV news bulletin during prime time on its commercial free-to-air terrestrial e.tv channel when the broadcasting regulator, Icasa, rejected its application, made no announcement about the abrupt cancellation of its Zulu TV news bulletin.

The demise of eNews Izindaba comes just three and a half years after it was launched in mid-2015 with big fanfare on eKasi+ when eNCA said its existence there will "provide viewers with more options in their own language". e.tv's however failed to get it to work with the half hour Zulu TV news bulletin that has proven to be a spectacular and expensive flop.

In March 2015 the Zulu bulletin was added to e.tv's early prime time line-up where it barely managed to pull more than 370 000 viewers and was cut just four months later and moved to eKasi+ where it managed to survive on life support until its quiet demise at the start of this month.

e.tv's axing of its half hour Zulu news bulletin on e.tv Extra leaves South African viewers once again with just one Zulu TV news bulletin done by the SABC and broadcast on the public broadcaster's SABC1 where it pulled in a large 4.3 million viewers (12.7 ARs, 38.1 share) during March.

In response to a media enquiry seeking comment about the cancellation of the prime time Zulu TV news bulletin, e.tv and eNCA says that "with the relaunch of eKasi+ as e.tv Extra and a focus on entertainment programming, eNews Izindaba stopped broadcasting at the end of March".

"With this re-focus, there is no longer a broadcast platform for eNews Izindaba. Zulu news does form part of e.tv's morning show Sunrise, broadcast weekdays from 5:30 to 8:30. The eNews division will continue to produce independent news of the highest editorial standards on eNCA, e.tv and eNCA.com".
on 9:24:00 AM