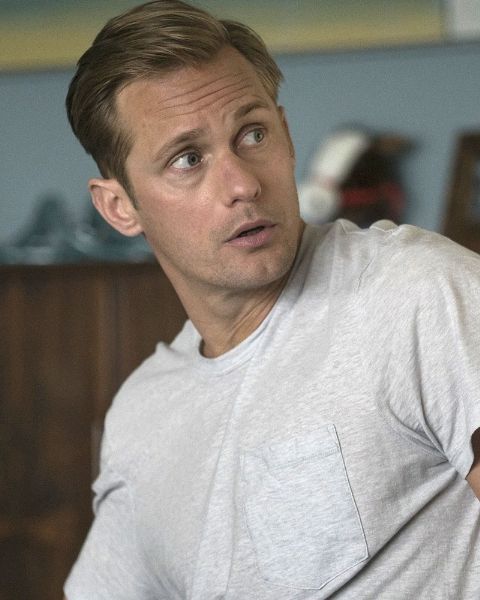 Tonight in the penultimate episode of Big Little Lies, M-Net is unleashing Alexander Skarsgård’s penis, with African audiences who will be able to see for themselves what American, British and Australian viewers have been buzzing about.

Since Monday international viewers have been abuzz about the penis stealing scene, and tonight at 21:30 in Big Little Lies, DStv subscribers from South Africa to Nigeria will get to see Alexander Skarsgård go full frontal in a shocking – and painful – nude scene.

While it's the second time that the 40 year old Swedish actor reveals his trouser snake on M-Net – the first time was in the vampire drama True Blood – viewers who watched the scene with Nicole Kidman’s Celeste character the past two days, are now wondering whether Alexander who's putting the "big" in Big Little Lies, has shown the real thing or has been swinging around a penis prothetic.

HBO producing and showing Big Little Lies in America, has been silent about the question and didn't respond to media enquiries about Alexander Skarsgård's penis.

That isn't stopping people from talking about it – several with extremely hilarious comments.

Nicole Kidman told Vulture that the violent scenes on Big Little Lies took a toll on her physically and emotionally.

She said that the show has made a strong statement about sexual and domestic violence. "After we shot some of the really, really violent scenes, I was in a lot of pain myself. My body was. It was very strange. It was very uncomfortable."

Either Alexander Skarsgard has the biggest dick on earth or they used a rubber hose of some sort on Big Little Lies tonight pic.twitter.com/an75GF3vn1
— KFC (@KFCBarstool) March 27, 2017

Me watching Big Little Lies when Alexander Skarsgard's dick LITERALLY popped up out of nowhere and did a standing ovation on the screen pic.twitter.com/q0KV9s5DTU
— Jess (@ReadersDijesst) March 27, 2017