SABC tells High Court the South African public broadcaster can appoint Hlaudi Motsoeneng how it wants, 'public has no interest in SABC staffing'. 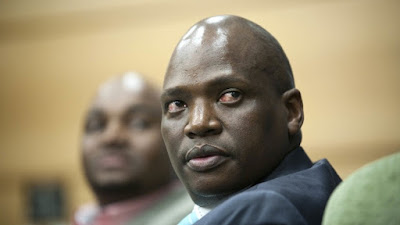 The South African public broadcaster, in an incredulous defense, had the audacity on Thursday, once again appealing a judgment in the Western Cape High Court over the SABC's controversial incompetence icon Hlaudi Motsoeneng, to argue that the SABC can appoint Hlaudi Motsoeneng in whatever positions it wants because "the public has no interest in the staffing of the SABC".

The SABC is applying for leave to appeal - yet again - a ruling in December 2016 by Judge Owen Rogers and Judge Andre le Grange  - in which the Western Cape High Court found that the famously matricless Hlaudi Motsoeneng should not be holding any position at the SABC.

That judgment came after the SABC sidestepped a previous Western Cape High Court judgment and simply shifted Hlaudi Motsoeneng from his illegally appointed position of chief operating officer (COO) to group executive head of corporate affairs when the SABC lost that case.

Now the SABC is applying for leave to appeal again because it doesn't want Hlaudi Motsoeneng to be subjected to a disciplinary hearing with the controversial executive whose job titlenow remains uncertain while he continues to gate-crash artists' funerals to make off-the-cuff remarks about his controversial policies like 90% local music radio play.

The SABC told the Western Cape High Court on Thursday that Hlaudi Motsoeneng's latest SABC appointment as head of corporate affairs at the South African public broadcaster funded by the public was an internal arrangement and that a court doesn't have the power to review it.

Stephan du Toit, lawyer for the SABC, told the Western Cape High Court that if the judgment stood, that it "would allow, in future, outsiders to interfere with the employment policies of any state department or any organ of state".

"The public has no interest in the staffing of the SABC. The SABC's employees are its employees, not employees of the State," said Stephan du Toit.

The Democratic Alliance (DA) political party argued that the SABC's acting group CEO James Aguma - not the SABC - should be personally liable and pay for the cost of the application for leave to appeal.

Advocate Anton Katz SC for the DA said that the SABC lawyers are now acting for James Aguma "because he was dissatisfied with the cost order against him. Who took the decision to appeal this decision? That is the real question".

Judgment in the application for leave to appeal has been reserved until next week.
on 9:39:00 PM