The SABC's schedule disruption to broadcast AFCON 2017 was a disaster for the public broadcaster that shockingly lost at least 18.8 million viewers during January when it moved its most watched entertainment shows to smaller channels while soccer matches that replaced it, failed to pull in any significant audiences.

The SABC shed a breath-taking number of viewers in January 2017 who shunned the broadcast of African Cup of Nations 2017 (Afcon) soccer matches from 14 January on SABC1 and didn't follow their popular shows to the SABC's smaller channels.

Viewers are the currency broadcasters crave since ratings determine spot rates for commercials, that in turn impacts advertising revenue and how much broadcasters can ask advertisers to pay.

The SABC's dramatic viewership loss of more than 18.8 million viewers during January as part of its so-called "transversal strategy" in which it moves shows interchangeably between its three channels, caused the loss-making public broadcaster to kick off 2017 with a further dent in its income.

Generations usually on SABC1 and inexplicably moved to SABC3 - the smallest of the SABC's channels - (after it went to SABC2 in previous years of AFCON coverage) shed in excess of 7.3 million viewers.

The viewership of Uzalo, usually on SABC1 and moved to SABC2, plunged by a whopping more than 6.6 million viewers.

Skeem Saam on SABC1, moved to SABC2, shed more than 4.8 million viewers.
Shockingly, like Generations, neither Uzalo or Skeem Saam made SABC2's top 20 most watched list in January.

To make things worse, not a single AFCON soccer match that was broadcast on SABC1 cracked that channel's most watched list last month, not even appearing as any of the top 20 most watched programmes for the month.

As the SABC pushed millions of viewers away, just as was predicted would happen in December 2016, they flocked to e.tv.

It caused a massive viewership surge for e.tv shows with ex-Generations viewers causing a ratings spike for the rival broadcaster's shows like Gold Diggers that was propelled to record ratings.

Gold Diggers at 20:00 - usually Generations' timeslot on SABC1 - ballooned to a record 3.3 million viewers in January for its most watched episode.

Gold Diggers even surpassed the perennial e.tv number two, the popular soap Rhythm City that had to settle for third place with 3.09 million viewers - the first time ever that that's happened.

The announcement of the 2016 matric results in January 2017 did well for SABC1, pulling 3.73 million viewers.

On SABC2 the Afrikaans soap, 7de Laan - in January broadcast at 19:00 - saw a massive surge due to the AFCON 2017 schedule changes.

The soap's viewership jumped to a whopping 2.7 million viewers for its most watched episode on 20 January, a huge jump from its slumped ratings of 1.65 million viewers a month before.

The SABC just moved 7de Laan on 6 February to the early timeslot of 18:00 where ratings will very likely fall again due to the smaller at-home audience available before prime time. 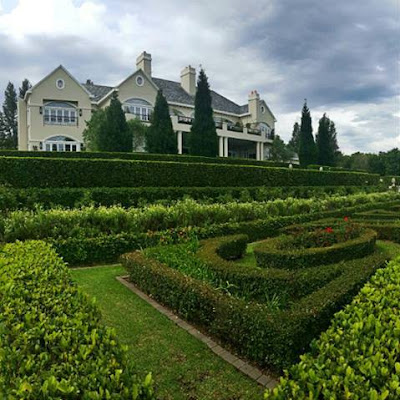 Home, sweet (Top Billing) home
The reversioned 19 January episode of Top Billing on SABC3, still in reruns, repackaged to look at the best luxury mansions of 2016 propelled the show to the most watched programme on SABC3 in the month, grabbing 1.72 million viewers, followed by Isidingo in second place with 1.37 million viewers.

Despite the SABC's 80% local content decree for SABC3, viewers refuse to watch it.

Besides Top Billing, Isidingo, Sharp Shooter and the English TV news bulletin that can be classified as local "series television", all the other entertainment and film programming making the top 20 most watched list on SABC3 during January 2017 was foreign content.

On e.tv during January, besides soap Scandal in top spot (3.94 million viewers), Gold Diggers and Rhythm City claiming the top 3 spots, 12 out of the top 20 most watched pieces of programming were American films,with the American WWE Wrestling Raw and WWE Wrestling Smackdown claiming another two places. 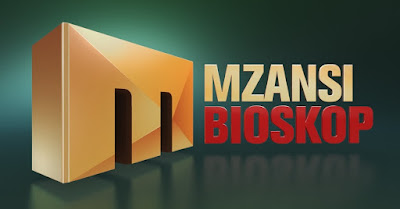 Mzansi Bioskop channel is a rising DStv darling
On pay-TV Mzansi Magic's (DStv 161) Isibaya, embroiled in a real-life cow-stealing scandal, remained at the front of the herd as the most watched show on MultiChoice's DStv satellite pay-TV platform with 1.23 million viewers, followed by Our Perfect Wedding (1.18 million) and Saints and Sinners (888 459).

The top 12 out of the top 30 most watched programming on DStv during January were all Mzansi Magic shows.

Three English Premier League matches managed to pop to the top during January with SuperSport 3 (DStv 203) managing to lure enough viewers to claim three top 30 spots during the month.

The ascendancy of the Mzansi Bioskop (DStv 164) channel, packaged by M-Net for MultiChoice should be noted. The channel is growing in popularity and rising fast as the second most watched pay-TV channel on DStv in South Africa.

Aimed at the growing lower to mid-working class consumer market clearly in love with their DStv, Mzansi Bioskop is on the up and up.