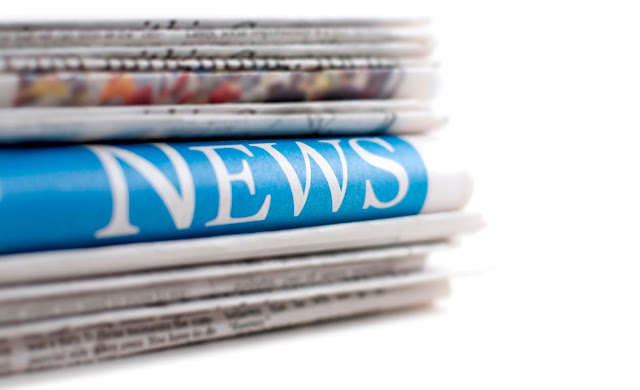 ■ ZBC immediately fires unqualified managers.
Unlike at South Africa's SABC, the minimum qualification at the Zimbabwe Broadcasting Corporation (ZBC) is now a university degree and executives who failed to provide proof got axed.


■ Sally Spectra is returning to The Bold and the Beautiful on SABC3. Sortof.
A decade after red head Darlene Conley left (and since died), get ready for the return of Spectra Fashions and Spectra: The next generation with Patrika Darbo playing Sally's sister, Shirley Spectra.

■ MultiChoice Swaziland warn about a fake DStv scam in Swaziland.
Scam tries to con Swazis about MultiChoice allegedly handing out gift cards that can also be used to withdraw money at banks. It's fake.

■ Facebook is getting very serious about (doing) TV.
Hires away MTV's head of scripted development Mina Lefevre to become Facebook's head of development for original programming.

■ BBC forced to admit people in crime show dramatisation were paid.
ITV Studios paid people to appear in the controversial crime show The Moorside to be in it to compensate them apparently for "their time, and time taken off work".


■ Viacom isn't planning on shutting down any of its struggling pay-TV channels.
But Spike TV is getting renamed Paramount Network. Viacom will also focus on 6 key TV channels: Comedy Central, BET, MTV, Nickelodeon, Nick Jr. - all available from Viacom International Media Networks Africa (VIMN Africa) on MultiChoice's DStv - and the Paramount Network. The rest of the channels are now less important.


■ How Netflix is failing in India ... and how Amazon Prime Video is winning.
India doesn't have a culture of spending on video and America's Netflix doesn't care to understand that India isn't one unified market.

■ Disney going digital.
Disney CEO Bob Iger explains how for Disney its future in television is now all about becoming digital channels (and that pay-TV sport channel ESPN still matters even though it continues to drag Disney down).

■ Did Sky News (DStv 402) presenter Jacquie Beltrao swear on air?
Start of an on-air oopsie when the nurdles fell.

■ John Oliver is trying to avoid Donald Trump ...
... or at least speaking about the American president when his weekly show, Last Week Tonight with John Oliver returns for a new season.

■ How Melissa McCarthy ended up playing Sean Spicer on SNL
The explainer for how the comedian became the pitch perfect belligerent White House press secretary on Saturday Night Live.

■  When will ITV Choice (DStv 123) eventually start showing The Halcyon ... if ever?
The 1940's drama called "the new Downton Abbey" might only eventually be on MultiChoice's DStv years behind in the way it happened on BBC Worldwide's BBC Entertainment with Downton Abbey.

■ Netflix plans to make toys, do books, based on some of its hit TV shows.
Streaming service wants to make more money from shows like Stranger Things.
on 11:26:00 AM