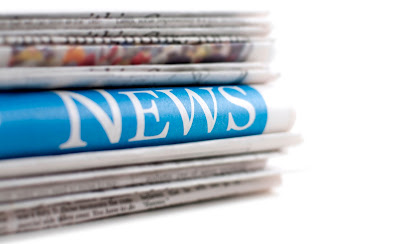 
■ The SABC didn't want to and couldn't bother to broadcast gospel icon Lundi Tyamara's funeral - eNCA (DStv 403) did.
"Pity those who still depend on the SABC for information as it is no longer a public broadcaster. It's a broadcaster for the few," says this newspaper reader.

■ BBC America's boss on why the BBC's new Top Gear flopped.
Sarah Barnett says new presenters Matt LeBlanc, Rory Reed and Chris Harris are still developing their chemistry. And that nothing can withstand the scrutiny a show like Top Gear faced last year.

■ Are America's TV news anchors playing into Donald Trump's hands?
Donald Trump possibly wants to be seen as being in conflict with the media.

■ Thailand television slowly resumes its normal schedule.
After months of censorship and banning as part of a "mourning period" for the dead King Bhumibol, TV schedules will start to show other programming besides videos and photos of King Bhumibol.


■ Nigeria still hysterical over Big Brother Naija being filmed in South Africa.
Now it's Ralph Nwadike, president if Nigeria's Association of Movie Producers (AMP), foaming at the mouth in yet another newspaper hit-piece filled with hilarious lies about MultiChoice and saying: "No matter the monies and equipment they think they have, South Africa, in terms of production qualities and values, can never match up to Nigeria's standard".  Sure.
And another bombastic filmmaker, Dr Don-Pedro Obaseki also lies about MultiChoice and says Nigeria is DStv's biggest market.
- Here is a FACT CHECK of the numerous fake claims - courtesy of TVwithThinus.

■ Disney CEO Bob Iger points out the problem Disney has with the current state of television.
Too many commercials.

■ OSN plans to bring 4K video to subscribers later in 2017 before MultiChoice.
Will the pay-TV broadcaster covering North Africa be the first one giving the African continent 4K resolution?

■ Is Star Wars Rebels on Disney XD (DStv 304) ending after the third season?
Star Wars Rebels usually got renewed in November of the previous year - and nothing so far. And then Disney and Star Wars are working on a new animation series. Is that where all the effort is now going?

■ Australia's free-to-air TV broadcasters struggling.
Advertising is down and TV channels are begging the government to cut the broadcasting licence fees - the world's most expensive - that channels in Australia have to pay the government.
- Meanwhile Channel Seven's sex scandal is intensifying as boss Kerry Stokes lashes out with a "How dare you?" to a journalist asking what should be asked.

■ The next consumer product testing scandal?
TV sets from Samsung, LG and others are using a lot more electricity than what they do in consumer tests.