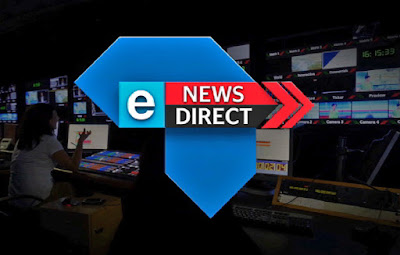 South Africa's broadcasting regulator has ordered e.tv to continue to do TV news bulletins during prime time and denied the commercial free-to-air broadcaster's application for a change to its licence conditions to dump doing TV news when most South Africans are able to watch.

The Independent Communications Authority of South Africa (Icasa) on Wednesday afternoon poured cold water over e.tv's plans to change its licencing conditions and worm out of doing a TV news bulletin for South African viewers, saying that e.tv not giving viewers news during prime time would not be in the public interest.

In 2016 e.tv applied to have its licensing conditions changed - specifically clause 6.2 - citing falling ratings for its TV news bulletins during prime time.

It's plunging viewership for news is something actually partially caused by the eMedia Investments broadcaster itself that has moved its prime time English TV news bulletin to several different timeslots of the past few years and experimented with different styles.

e.tv's English language TV news bulletin was once the most watched in South Africa before e.tv started tinkering and gave prime time preference with plum timeslot to its popular soaps Scandal and Rhythm City.

Mark Rosin said that "the idea of relying on a single prime time bulletin has inevitably become antiquated and e.tv needs to be able to take this into account with regard to its overall programming scheduling".

Under Mark Rosin's tenure e.tv and eNCA has seen dramatic cutbacks the past two years in news staff, the shuttering of news bureaus, closure of its African division and a contraction of the news programming that eNews and eNCA used to offer.

The SABC that also made a submission after e.tv said it wants out of prime time news, said that if e.tv was allowed to lessen its prime time news burden, the SABC also wants a revision of its licensing requirements - basically that it then also wants a lesser responsibility to do news during prime time.


'Not in the public interest'
With visual censorship of the SABC's TV news that caused outrage and controversy in 2016 when it comes to images of destruction of public property, if e.tv were to not do news during prime time, it would have left millions of South African viewers with no access to pay-TV news channels like eNCA and ANN7 with only the SABC's TV news bulletins to rely on.

On Wednesday acting Icasa chairman Rubben Mohlaloga said that "broadcasting services in South Africa play a crucial role in deepening our democracy by, among other things, providing a platform for the expression of multiple views".

"The authority is of the view that removing the news out of the prime time slot will not be in the public interest".


e.tv: Disappointed
In a statement e.tv says its "disappointed".

e.tv says the channel "had hoped that an amendment would afford it the flexibility to move its prime time bulletin to a different timeslot, outside of the prime time window, in a bid to better cater to its viewers changing needs".

"We remain committed to providing our audience with independent news of the highest editorial standards, but we are disappointed that we have not been afforded the flexibility to do so within what we think are reasonable parameters," says Mark Rosin.

The DA's Phumzile van Damme says "e.tv has an obligation to the 79% of urban adults who tune into free-to-air newscasters as a source of information and to ensure that programming is in the interests of the citizens of our country".

"The DA hopes that this decision will also urge the SABC, who along with e.tv made a presentation to Icasa on 25 October 2016, to reconsider its ambitions to also amend their licence agreement".
on 12:55:00 PM