AWKWARD. SABC loses the revived Come Dine with me South Africa on SABC3 after Rapid Blue withdraws the offer to make a 4th local season for the SABC. 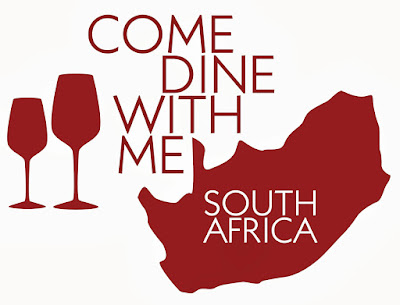 The slush bucket filled with unending awful at the SABC continues:

After the SABC announced that it will be taking over and doing a new season of Come Dine with Me South Africa, the embattled South African public broadcaster on Tuesday afternoon was suddenly forced to issued a terse statement saying it won't anymore - and that the show has been taken away from it.

Sources told TVwithThinus on Tuesday evening that it's fully the SABC's own fault and that the public broadcaster lost the opportunity due to failure and "non-delivery of the contract".

TVwithThinus reported two weeks ago that Come Dine with Me SA would be back for a fourth season, and this time revived on SABC3.

The format rights holder, the production company Rapid Blue, who made the previous three seasons, was ready and willing to do a version for SABC3.

It was a win-win-win-win: the production company got to make another season, ITV Studios got a new localised season of its show in a country where viewers are desperate to see more of it, SABC3 got a great quality show to improve its schedule, and viewers got to participate in a show that ended prematurely and has a lot of life and ratings potential left to it.

The SABC has been running on-air promos on SABC3 for two weeks already, asking viewers living in Gauteng in and around Johannesburg to enter Come Dine With Me SA.

The SABC said Come Dine with Me SA would start in July on SABC3 and would be broadcast for 13 weeks - only it's not.

Now it's hella-awkward for the SABC - once again looking amateurish and as if the public broadcaster doesn't know how television works, how to professionally go about it and how to properly do local commissioning deals.

The awkward public backtracking makes the SABC look like a cat whose milk has turned sour.

Rapid Blue - who previously did Come Dine with Me South Africa for BBC Worldwide's BBC Lifestyle channel on MultiChoice's DStv - took the show away from the SABC just two weeks after the public broadcaster announced it.

The SABC says Rapid Blue has withdrawn its offer to make the show.

The SABC in a statement says "The SABC has been in negotiations with the rights holder, production house Rapid Blue, to showcase Come Dine With Me South Africa. However the Corporation was informed by the production company that they have subsequently withdrawn their offer for us to produce the show."

"The SABC would like to apologise to all South Africans who adhered to the call to action in anticipation that we would be producing the show."

"The SABC strives to have the best local television formats and will continue to pursue bringing you the best of local premium content. Further announcements of the show's replacement will follow."

Rapid Blue in a statement says "Although we will not be moving ahead with SABC3 on this occasions, we remain committed to the Come Dine with Me format and are exploring how best to bring a new series of the show to South African viewers".

The news at the beginning of February that SABC3 would be taking over Come Dine with Me South Africa was met with positive reaction, with South African TV industry insiders welcoming the move and saying that it possibly signaled the start of a turn-around for the ratings-starved and content-struggling SABC3.

Come Dine with Me SA that got glowing reviews during its three seasons on BBC Lifestyle was seen as the start of a commitment by SABC3 to return to quality programming and to steer away from terrible shows like Divas of Jozi, Top Chef South Africa and Arthur Mafokate's awful A Date with Arthur (filmed in his real-life living room) none of which got ratings or acclaim.
on 7:13:00 PM