SHE TURNED THE WORLD ON WITH HER SMILE: TV icon Mary Tyler Moore dead at 80; feminist icon who threw her hat up in the air an inspiration to generations of women. 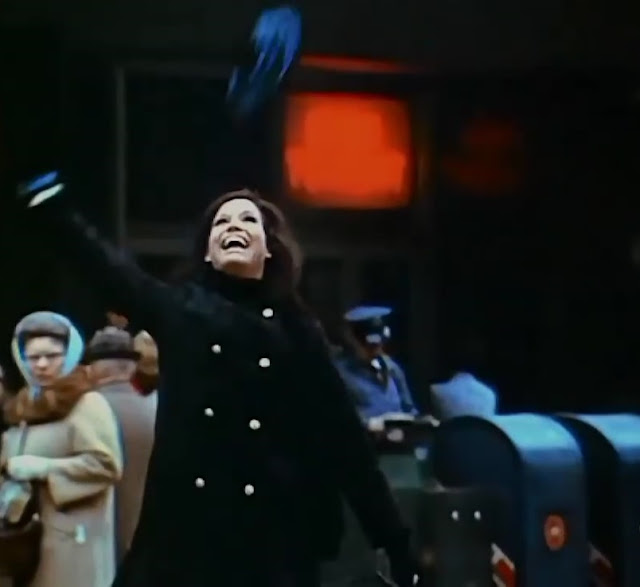 When Mary Tyler Moore threw her beret up in the air in that indelible, inspirational opening theme of The Mary Tyler Moore Show, she did more than that: she gave women in the 70's and 80's - also in South Africa - the freedom to be more, and to dare to be more than what the world told them they could be.

The woman who turned TV and the world on with her smile, Mary Tyler Moore died on Wednesday, aged 80 in the Greenwich Hospital in Connecticut..

Mary Tyler Moore battled diabetes for decades and has been hooked up to a respirator for more than a week before her passing today and who was taken off of life support on Tuesday night, according to TMZ, who first broke the news about the actress death.

The New York Times reported that Mary Tyler Moore died of cardiopulmonary arrest after she had contracted pneumonia.

"Today, beloved icon, Mary Tyler Moore, passed away at the age of 80 in the company of friends and her loving husband of over 33 years, Dr. S. Robert Levine," said her publicist Mara Buxbaum in a statement.

"A groundbreaking actress, producer, and passionate advocate for the Juvenile Diabetes Research Foundation, Mary will be remembered as a fearless visionary who turned the world on with her smile."

Leslie Moonves, chairman and CEO of CBS Corp. in a statement says "Mary Tyler Moore was a once-in-a-generation talent. She will be long remembered as a gifted actress, television pioneer and a role model to so many. CBS has lost one of the very best to ever grace our airwaves and our industry has lost a true legend and friend."

Later during the 90's, South African viewers got the chance to watch the character of Mary Richads in The Mary Tyler Moore show again, with umpteenth rebroadcasts on M-Net's The Series Channel, forerunner of M-Net Series, when MultiChoice's DStv satellite pay-TV platform started in the country.

"It has surprised me year after year from the last episode of The Mary Tyler Moore Show that it was revered and continues to be, but I think I've become used to it," Mary Tyler Moore told The in 1997. "I treasure the esteem with which the public holds Mary Richards - and Mary Tyler Moore, who helped create her. It's a great feeling."

Mary Tyler Moore's sitcom was revolutionary, although it now seems quaint just 4 decades later: Here was a main character, a woman, who dared to be independent, worked in TV news, never married and forged her own way. She was a role model for single, working women.

It's no wonder that the beloved star who won 7 Emmy Awards and who has a statue of herself flinging her hat into the air in Minneapolis - became an icon for the feminist movement for generations of women who wanted to be like Mary.

The Mary Tyler Moore Show won numerous Emmys and rightly remain on numerous lists of the most influential TV shows of all time.

Her MTM productions - that on-air meowing kitten - was hers, and gently poked fun at MGM's roaring lion while it produced hit American shows that were all shown in South Africa, from Hill Street Blues and WKRP in Cincinnatti to St. Elsewhere, Remington Steele, Rescue 911 and many more.

Thank you for everything, Mary Tyler Moore. You took the town and really made it after all.
on 10:43:00 PM