Peter Capaldi done with BBC's Doctor Who on BBC First in a shock announcement; will leave the Tardis at the end of 2017. 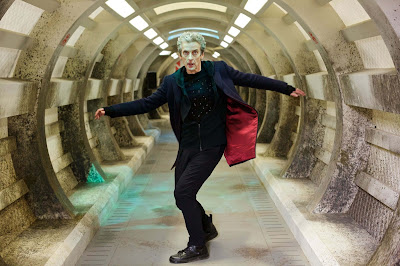 Peter Capaldi is done with the BBC's Doctor Who, becoming the latest exit for the BBC facing an ongoing exit of high profile on-air talent from TV shows ranging from Top Gear to The Great British Bake Off.

Peter Capaldi (58) made the shocking and surprising announcement on the BBC's BBC Radio 2 on Monday saying that "I've never done one job for three years before and I feel it's time for me to move on to different challenges".

Peter Capaldi's exit from Doctor Who comes after a dramatic viewership loss for the science fiction series the past few seasons, with Capaldi blaming the BBC for moving it to a later timeslot, and slamming the BBC for "undoubtedly" taking Doctor Who for granted.

The Scottish actor will finish out the year at Doctor Who, seen in South Africa and 6 other Southern African countries on BBC Worldwide's BBC First (DStv 119) on MultiChoice's DStv satellite pay-TV platform.

The new season of Doctor Who will start in April, and Peter Capaldi will leave after the conclusion of the Christmas 2017 special episode.

Peter Capaldi told the shocked BBC radio presenter that his upcoming last season of Doctor Who will be "a huge event" with an "unexpected" turn of events. The season will "roll along in a vintage way" before it turns dark and emotional.

After three seasons of playing the space and time traveller since 2013, Peter Capaldi will exit the British science fiction series at the same time at the end of 2017 as the Doctor Who showrunner Steven Moffat who has been with the show since 2010 as lead writer and executive producer.

Peter Capaldi is the fourth actor to play Doctor Who since the BBC relaunched the sci-fi series in 2005, taking over after Christopher Eccleston, David Tennant and Matt Smith played the inhabitant of the British blue police phone box.

In a statement that Steven Moffat released after Peter Capaldi's announcement, Moffat says "Peter's amazing, fiery, turbulent Doctor is still fighting the good fight, and his greatest adventures are yet to come. Monsters of the universe, be on your guard - Capaldi's not done with you yet!"

"Like Peter, I'm facing up to leaving the best job I'll ever have, but knowing I do so in the company of the best, and kindest and cleverest of men, makes the saddest of endings a little sweeter."

Now viewers are wondering who the 13th Doctor will be, and whether the BBC will finally cast a woman, a black man, or someone other than a white man in the iconic Timelord role.
on 11:39:00 AM