New Mexican telenovela, The Son I Never Knew, is starting on Telemundo on DStv about a mom who realises that she doesn't know her children at all. 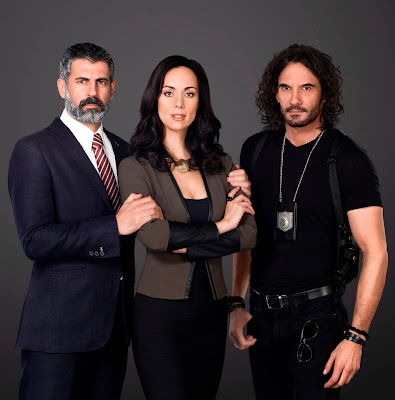 A new Mexican telenovela, The Son I Never Knew ("Vuelve temprano" in English really meaning "Don't Be Late" or "Come Back Early") is starting on Monday 23 January at 17:10 on Telemundo (DStv 118) about parents searching for the truth about the death of their son and finding out they knew their children not as well as they thought.

South African and African viewers are just a few months behind - The Son I Never Knew started in October 2016 and is filmed in Mexico.

In the telenovela, a TV news anchor, Clara Zavaleta (Gabriela de la Garza) discovers her son has been killed in a car accident after a night out with friends - Ignatio's (Daniel Barona) body is found at the bottom of a cliff.

Clara discovers that her son's death was no accident and is now obsessed with finding his killer. With her husband Santiago (Rubén Zamora), they find out that they didn't knew their son and two daughters - the pregnant Isabel (Cristina Rodlo) and rebellious teenager Florencia (Julia Urbini) - at all.

Santiago, a criminal attorney becomes the lawyer in the criminal case of his son's murder. He is assisted by officer Antonio Avelica (Mario Cimarro) who is considered a hero within the police force, but whose close relationship with the victim's family takes its toll, as they venture deeper into the case.

As usual with Spanish telenovelas, unexpected secrets emerge as the suspects of the murder quickly start to multiply.