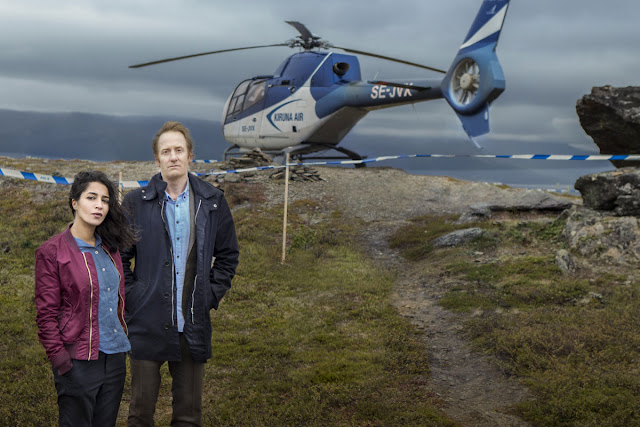 M-Net has bought the broadcasting rights to two beautiful European series - Midnight Sun and The Five - from STUDIOCANAL for the new foreign language TV series block on M-Net Edge (DStv 102).

Midnight Sun and The Five will be broadcast during 2017 as part of the new foreign language TV series block on M-Net Edge on Saturday nights at 21:00 where DStv Premium subscribers can now watch acclaimed European drama series.

To stay ahead of offerings like BBC Worldwide's BBC First (DStv 119) and even subscription video-on-demand offerings like Netflix and Naspers' ShowMax, M-Net Edge is rapidly evolving into a connoisseur TV channel destination, adapting its channel proposition with an expanded emphasis on the sumptuous best of European, British and American TV dramas.

The critically-acclaimed Midnight Sun is a 2016 Swedish-French noir drama, a CANAL+/SVT/Filmpool Nord co-production, with the Swedish crime thriller that's been described as setting "a new high watermark for TV drama".

Midnight Sun – or Midnattssol, as it's known in Sweden - hails from writers Måns Mårlind and Björn Stein also responsible for The Bridge.

Harlan Coben's The Five, produced by RED Production Company (belonging to STUDIOCANAL) of which its first season of 10 episodes will also be shown on M-Net Edge, is a British crime drama, created by the renowned crime author. It is his first original TV series.

Set in the fictional town of Westbridge, the former childhood friends Mark, Danny, Slade and Pru reunite after DNA evidence left at amurder scene is revealed to be that of Mark's brother Jesse.

Jesse disappeared years ago while playing in the park with the four friends.

A second season has already been commissioned and will be entitled, The Four.

"Our titles have grabbed the attention of international buyers, offering intelligent, thought-provoking and absorbing content".
on 3:40:00 PM