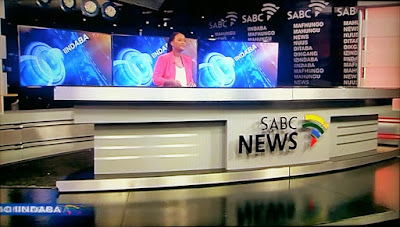 After the expensive flop and abrupt shuttering of its struggling first TV news channel, SABC News International, the SABC set its sights on SABC3, wanting to turn its struggling and smallest terrestrial TV channel into its new news channel - unaware that it's not allowed to do so because SABC3 has a commercial TV licence.

The former SABC board chairperson, dr Ben Ngubane, now the chairperson of Eskom, revealed to parliament on Friday in the ongoing inquiry into the beleaguered state of affairs at the South African public broadcaster, that after the failure of SABC News International, the SABC wanted to turn SABC3 into its new news channel.

Together with the old rerun channel SABC Encore (DStv 156), the pay-TV operator paid the SABC hundreds of millions of rand for the two SABC packaged channels to be carried on DStv, with exclusive access to the old library titles from the SABC archives shows on SABC Encore.

SABC News International was started in 2007 by the SABC's former head of news, dr Snuki Zikalala at a cost of more than R85 million but abruptly shut down three years later at the end of March 2010.

The massive cash drain of SABC News International - to the tune of over R80 million per year - on the SABC's already precarious operating budget was one of the big crippling factors that brought the SABC to the brink of financial collapse in 2009.

But the SABC was absolutely adamant to have a TV news channel and next looked to transform one of its existing three TV channels in its second attempt to create one: SABC3.

SABC3 is however the SABC's only commercial TV channel, with SABC1 and SABC2 licensed as its public broadcast service (PBS) channels.


'We couldn't use SABC3'
In parliament's special ad hoc committee investigating the SABC, dr Ben Ngubane revealed that the SABC's previous head of news who was also acting SABC CEO, Phil Molefe "went to India to look for partners to start the 24-hour TV news channel".

Dr Ben Ngubane said "I did not bring the Guptas to SABC".

"I was aware that Phil Molefe had gone to India to meet a broadcasting company. He came back and sought a mission to convert SABC3 into 24-hour news. And we declined that."

SABC News (DStv 404) was eventually launched in August 2013 on DStv promising "multilingual programming" delivered "to audiences in all 11 South African official languages". In April 2015 the SABC removed all bulletins in other languages and made SABC News an English TV news channel.
on 12:51:00 PM