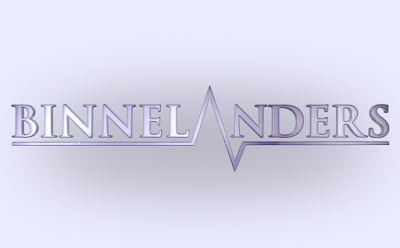 The cause of death of neither is known and has not been released yet.

Friedrich Stark was 62 and passed away in Cape Town in Christmas Day. The couple has three adult sons, Human Stark (33), Ulrich Stark (29) and FW Stark (24). His sister Helena Stark died in August 1983 and was a production secretary who also worked for the SABC.

Friedrich Stark who was married to Elsje Stark were the courageous South African super producer couple behind Stark Films that Friedrich Stark started in 1985 when he left the SABC a  few years after he was appointed as the SABC's head of actuality programming.

He produced Generations on SABC1 in partnership with MMSV Productions and Binnelanders for kykNET since 2005.

They built and designed their state-of-the-art Stark Studios complex that opened in Fountainbleau, Johannesburg in 2010 where not just the Binnelanders sets are housed and the weekday Afrikaans soap is being filmed, but also several of kykNET's former and ongoing actuality and current affairs shows.

Friedrich Stark who started out as an actor had roles in Afrikaans films like Die Voortrekkers (1973), Môre, Môre (1973), Dingetjie is Dynamite (1975), Kiepie en Kandas (1981) and the TV series Net ’n Bietjie Liefde (1977) when television started in South Africa, in a career that spanned decades.

Friedrich Stark was an executive producer on the Afrikaans sitcom Parys, Parys that was broadcast on kykNET and SABC2, and his Stark Films is the name behind several other series like Vlug na Egipte and Terug na Egipte.

Karen Meiring, M-Net director of Afrikaans channels, in a statement called Friedrich Stark "a pioneer in the TV industry". "He was always warm, friendly and generous in sharing his knowledge and experience. It was a privilege to have had him as part of the kykNET channels".

"When it was necessary, he'd let me laugh at myself and as a person you were always fully aware of his appreciation and support. I'm sure that everyone part of the extended Stark family are in shock about his untimely passing. I know that I'm going to miss him very much, not just as a colleague, but as a friend. RIP, Friedrich".

On the Binnelanders website Frans Kalp, a friend and co-writer said about Elsabé Roux that she was a talented scriptwriter who started her career at the M-Net soap  Egoli, and then moved on to write for Villa Rosa, Binnelanders and Generations. "Elsabé will always be in our hearts and will remain beloved by us".

The SABC didn't release any statement. 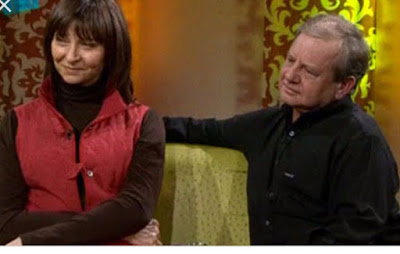 Elsje Stark told Eyewitnessnews (EWN) that everybody is in shock following the unexpected death of her husband on Sunday.

Generations in a statement says "Friedrich was an industry pioneer and active leader in the local television production industry and played a prominent role in the Independent Producers Organisation (IPO). He will be remembered for his entrepreneurship, vision and ability to inspire and lead".

On Twitter actress and producer Connie Ferguson said "So, so sad. Praying for strength for the Starks, friends and colleagues."

Actress and radio presenter Phemelo Motene said "he insisted I join the cast of Generations when I had no idea I could act".

Veteran actress Florence Masebe said "Friedrich Stark had a huge impact on my career as a young actor. I'm finding it hard to process his loss. Condolences to the Stark family".
on 8:51:00 AM