Joseph Mascolo, archvillain Stefano DiMera on the soap Days of Our Lives, dead at 87 from Alzheimers. 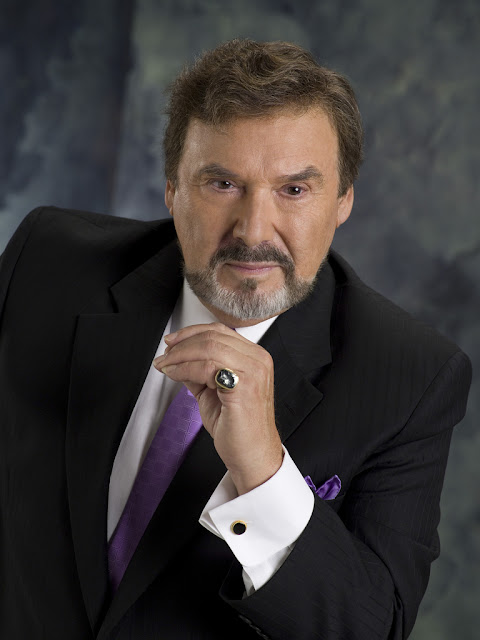 Stefano DiMera is dead - for real this time. Joseph Mascolo who played the archvillain Stefano DiMera on the soap Days of Our Lives has died from Alzheimers. He was 87.

"It is with great sorrow that we share the news of the passing of our dear friend and beloved member of the Days of our Lives' family, Joseph Mascolo," says Ken Corday, executive producer in a statement.

"The smile on Joe's face is something we'd all come to find comfort in, and he will be sorely missed. His larger than life presence, kind heart, and unwavering positivity has impacted us all for decades, and will live on in the memories of his many fans. Our thoughts and prayers go out to his family during this difficult time."

A street in the town of Ocilla, Georgia in America is named after him for his efforts to build a group home for mentally impaired people.

Joseph Mascolo joined Days of Our Lives in 1982.

His character, a European businessman and criminal mastermind terrorised the residents of the fictional town of Salem and suffered several fake deaths over the decades - only to keep returning.

He "died" his last time in the show earlier this year in episodes shown in the United States with South African viewers who will have to wait a few years to still see it on SABC3 that's a few seasons behind.

He also made appearances on soaps like Santa Barbara that was broadcast on the SABC's former TV1 channel, and when he temporarily left Days of Our Lives in 2001, he joined The Bold and the Beautiful shown on SABC1 in the role of Massimo Marone. In 2006 he returned to Days.

"Joseph was a big 'ol bear with a puppy dog heart," said Patricia Schultz-Mascolo, Joseph's wife of 11 years, in a statement. "I'm so blessed to have had these many years with him. I will miss him every day."

Joseph Mascolo is survived by his Patricia, his son Peter, his step-daughter Laura, his sister Marie and her husband Ronald LaVoie, along with five grandchildren and three great-grandchildren.
on 8:36:00 AM