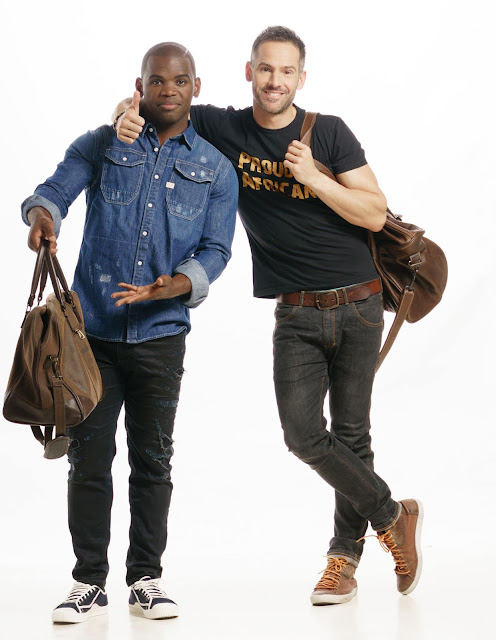 Janez Vermeiren and Siv Ngesi will co-present a new locally-made travel show, Wingin' It, produced by Vermeiren's production company Cheeky Media for M-Net, in which the two who are friends in real life, jet-set across the world to exotic locations without a pre-planned itinerary.

I'm told there's 12 30-minute episodes of Wingin' It, with Janez Vermeiren and Siv Ngesi travelling together and both appearing in each episode.

As one of the most well-travelled South African TV presenters of the past decade, Janez Vermeiren, together with Siv Ngesi, have been visiting some far-flung international destinations the past few weeks - especially Asia and Southeast Asia - the social media snaps of which some media over the past month interpreted as the two being on vacation.

It's the first TV production from Janez Vermeiren's Cheeky Media for M-Net, and will be the first time that the double-dipper producer and presenter will be fronting as an M-Net face after he's been known to SABC audiences for years.

After leaving SABC3's Top Billing two and a half years ago in mid-2014 after he also co-presented three seasons of the spin-off travel show, Top Travel, Janez Vermeiren produced and appeared in the Edgars advertiser-funded production (AFP) She’s the One reality show for e.tv.

That was followed by a flurry of shows that Cheeky Media - co-owned by Janez Vermeiren and Yusuf Stevens - did for SABC3 that included five seasons of The Man Cave that Janez Vermeiren co-presented with Siv Ngesi and Lunga Shabalala, and the ongoing weekday afternoon talker Real Talk with Anele Mdoda.

As part of its now depleted budget to up its local content ratio to 80% on SABC3, the SABC this year also commissioned Cheeky Media to do the local travel show Biting About with Dene Botha and Bridget Pike, the Johannesburg restaurants review show Biting About that Janez Vermeiren co-presented with Amanda du-Pont, and Jou Ma se Chef presented by Siv Ngesi.

Siv Ngesi who had previously appeared on M-Net's 2010 local soccer drama League of Glory, and Mzansi Magic's S.I.E.S, became very good friends with Janez Vermeiren during the production of Man Cave over the past two years. 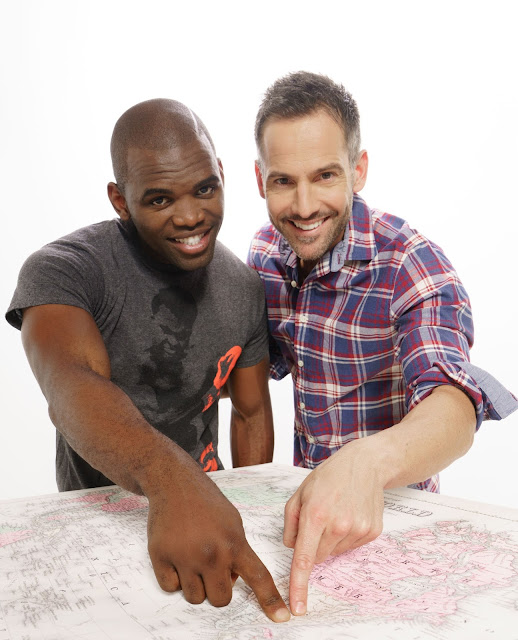 M-Net describes Wingin' It as "a fast-paced plunge into the world's most fascinating and eclectic destinations seen through the eyes of two diverse and intrisically competitive best buddies".

"They land in cities you might never have thought of exploring, or even heard of, but which may just, after you've seen their mischievous adventures, end up on your bucket list. It's a great fun-filled show that will put a smile on your face - and awaken the explorer in you".

The 101 starting on Sunday 29 January at 16:30 will be a new weekly "TV guide show" to help viewers find new programmes and be informed about schedule changes across M-Net's channels on DStv.
on 5:06:00 PM