BREAKING. 'Devastation' as SABC finally pulls the plug on SABC3's High Rollers; show loses interdict bid; over 100 workers hear they're out on the street a week before Christmas. 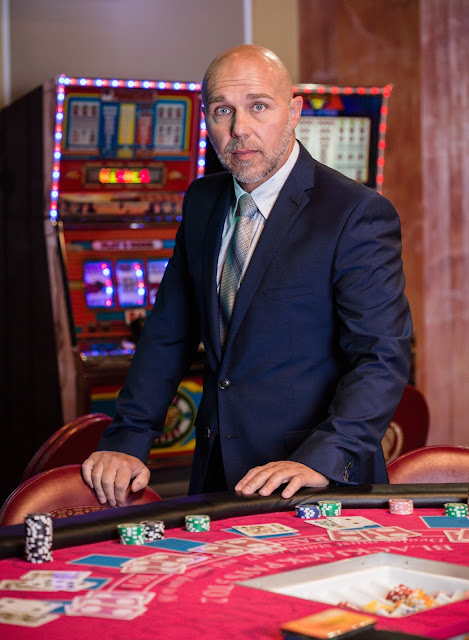 The SABC3 shows High Rollers has lost an urgent court application to try and interdict the SABC from prematurely cancelling the prime time drama series months before its existing contract expires, with the SABC that is directly contributing to, and causing, massive job losses of local artists in South Africa's TV industry.

More than 100 dedicated actors and crew working in South Africa's TV biz on a SABC TV show have been told they're out on the street just a week before Christmas - now all facing not just a very bleak festive period but also a very uncertain 2017.

The show describes the SABC's shock move putting workers on the unemployment line with their families who depend on them, as "devastating" to the High Rollers cast and crew.

The SABC said it wanted High Rollers, that it initially launched with big fanfare in April 2013, now immediately gone "because of programming strategy changes on SABC3" - a decision that was slammed as "bisarre" by South Africa's TV industry.

The shocking SABC instruction comes after the broadcaster signed a new third season contract earlier this year for 156 episodes for the fictional Kings Casino set show and also extended the weekly episode broadcast from three to five episodes per week.


Shocking new SABC precedent
The abrupt premature cancellation, with High Rollers having months left on its contract, now sets a shocking new precedent for the South African public broadcaster, with fearful producers of TV content no longer sure that the SABC will honour any existing commitments and contracts.

By shutting down High Rollers, it's the second time in just over two years that the SABC has effectively "fired" the cast of a local production after the striking actors of SABC1's Generations were unceremoniously dumped and the show shut down for months in August 2014 and disappeared from the airwaves after the actors said they were being exploited and demanded better contracts and better and fairer working conditions.

The harsh reality is that the SABC under Hlaudi Motsoeneng's destructive reign is doing the opposite, and is directly making over a hundred South African actors and crew jobless a week before Christmas - people who thought they had steady work well into 2017.

The SABC said earlier that it is " "not in a position to discuss its contractual obligations with production houses and content providers with third parties, including the media".

The show also lodged a complaint about the SABC's shocking cancellation of High Rollers with the broadcasting regulator, the Independent Communications Authority of South Africa (Icasa), but that case will only be heard in February 2017 at the earliest when production on the show has already ceased and the large ensemble cast and crew let go.

"It is with heavy hearts that Rous House Productions has no choice but to stop production of High Rollers on the last of the 30 business days, 12 January 2017, as stipulated in SABC's cancellation clause and terminate in excess of 100 individuals contracted on High Rollers," the writing and directing executive producer brothers Luke and Joshua Rous tell TVwithThinus.

"We have had an amazing journey with this immensely talented and hard-working cast and crew and are devastated that they no longer have jobs come January 2017," say Luke and Joshua Rous.

"To the fans of High Rollers and the members of our industry who have stood by us, thank you for you for all the support you have given the show over the years and we look forward to entertaining you on other productions in the future".


Weekly episode play-out trimmed
High Rollers won't be able to jump and be picked up by rival broadcasters like e.tv, M-Net or Mzansi Magic since it's an SABC commissioned show with the Rous producer brothers who struggled for over four and a half years to get the public broadcaster to bite and commission the show.

TVwithThinus has learnt that in February the SABC will cut back on play out schedule of the already produced High Rollers episodes. High Rollers will be reduced from five back to three per week, with the three year old and cancelled international sitcom Whitney scheduled into the prime time timeslot of 19:30 on Thursdays and Fridays.

By Saturday an online petition started four weeks ago to save High Rollers had amassed over a 1 000 signatures and comments from not just viewers but also actors, production crew and people working in South Africa's TV industry, all shocked and outraged at the SABC's callous treatment of local television.

"Isn't it local content we're supposed to be after? So cancel something that's obviously that and doing well?" said a local South African soap star working on another SABC prime time show. "This is where the minister of communications and her self-appointed henchman Hlaudi Motsoeneng are allowed to chop and change as they please".

Nhlanla Ndlovu who works on High Rollers says "So many background artists I book depend on that show to put food on the table, including myself".

Viewer Alexia Staschik said "the SABC is out of control", with Robert Beney saying "the SABC has clearly failed all sane levels of governance. Its decision-making has been compromised by autocratic, non-sensical decision-making".

The High Rollers ratings depression is however in line with and part of the entire SABC3 schedule's ratings collapse.

SABC3 saw a total viewership implosion since June with the channel's ratings falling month after month since May when Hlaudi Motsoeneng's announced his decision to purge SABC3 of international content and the channel rushed a slew of badly produced local shows into production and onto the schedule that saw viewers flee.


No SABC CEO, COO and CFO by end of December
Parliament's SABC inquiry into the collapse of governance and management at the public broadcaster was shocked when members of parliament were told that the SABC from the end of December will not have an acting CEO or chief financial officer (CFO).

The SABC also doesn't have a COO since Hlaudi Motsoeneng did not return to work this week following a Western Cape High Court ruling on Monday that he shouldn't be employed at the SABC in any position and should undergo an independent disciplinary hearing.

The SABC inquiry heard how the public broadcasting's commissioning process of new local TV content has allegedly been derailed by Hlaudi Motsoeneng with disastrous results for the SABC's finances as well as ratings.
on 10:03:00 AM