SABC2 viewers furious and confused after SABC botches 7de Laan by broadcasting the wrong episode out of order on Tuesday evening. 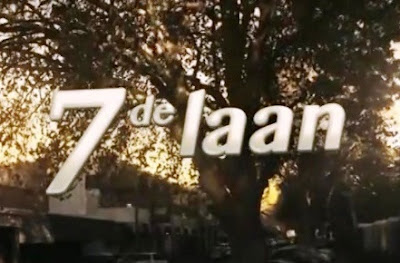 The SABC botched 7de Laan by broadcasting a wrong episode on Tuesday evening on SABC2 and spoiling storylines, giving industry insiders yet another indication of how the SABC's internal control and playout check systems have apparently weakened.

The SABC's latest 7de Laan mess comes just a week after new episodes that were kept by the production company were rushed to the SABC2's playout centre in Auckland Park last week Monday, after a long-delayed and overdue new contract finally got signed.

The mix-up with the wrong episode play-out order of 7de Laan on SABC2 is very likely a handling and play-out slotting order error that resulted because of the rushed way the SABC scrambled to get new episodes physically delivered and stacked for broadcast last week.

It comes after the production company, Danie Odendaal Productions, decided to withhold all further episodes of the new 1818th season unless the SABC signs a new contract.

SABC executives scrambled to put pen to paper for a new contract of which the signing was delayed for months, in order to get new episodes that started playout last week Monday.

On Tuesday evening SABC2 messed up by showing viewers a wrong, future episode out of sequence with the Afrikaans soap's ongoing weekday narrative. Viewers immediately swarmed to complain about being confused, wondering if they've missed something, and getting the story spoilt.
The production company – not responsible for how the SABC handles and slots episode for broadcast on its channels like SABC2 – immediately apologised, saying "we apologise for the wrong episode that was aired tonight due to unforeseen circumstances. 7de Laan will look into the matter".
Insiders told TVwithThinus that what happened is definitely not Danie Odendaal Productions' error but the SABC's fault and that "everybody is waiting on the SABC to tell the production company and viewers how the broadcaster is going to fix the mistake".
SABC publicist Zandile Nkonyeni, didn't immediately respond to a media enquiry on Wednesday seeking comment about the latest 7de Laan mishap but if there's a responsefrom the SABC it will update here.
Furious 7de Laan viewers ‘lost’
Meanwhile furious 7de Laan viewers on SABC2 started venting, saying they're "lost".
"I was so confused. I thought I missed an episode. Can't understand why Alexa and Justin are being nice to each other. She was still angry with him yesterday," said Cheryl Garris du Toit on Facebook.
"I’m so confused," said Yusuf Davids. "I wonder how did Connie come to Charmaine's house?" Corne Botha said "The SABC is pathetic", and Renee Westhuizen chipped in: "What are the people at 7de Laan smoking? Tea leaves?"
Unknown to viewers, best practice for broadcast playout by TV channels sees TV channels usually stack and slot episodes into their playout systems at least a week in advance.
Episodes – like the 7de Laan episodes – are also supposed to go through a physical visual and audio audit at the broadcaster, as what happens at other broadcasters, to check the actual video and sound quality, possible parental guidance and age restriction additions, ad breaks and promo insertions and standards adherence.
It's likely that in the rush to slot new episodes, since the SABC's programme acceptance department had much less time than last month, the error crept in.
In April 2012 the SABC caused viewer outrage when SABC3 botched the finale and reunion of Survivor, showing all episodes in the wrong order without the broadcaster’s final control mix playout centre noticing anything wrong for hours. One SABC staffer was disciplined and another eventually dismissed.
on 1:37:00 PM