All 4 coaches of The Voice South Africa on M-Net back for the bigger, even better and extended second season. 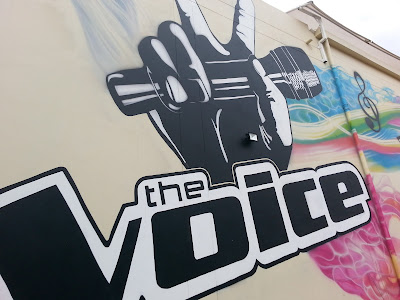 All four coaches of The Voice South Africa on M-Net are back for the second season with Bobby van Jaarsveld, Lira, Karen Zoid and Kahn Morbee who are all once again swiveling in their red chairs to find South Africa’s undiscovered singing talent.

The blind auditions for the second season kicked off on Tuesday evening at Sasani Studios where the show is filmed, with all four coaches back in their red seats and listening to and picking talent for their teams.

The second season of The Voice South Africa will start on M-Net (DStv 101) on 29 January 2017 with several surprises for viewers.

Viewers can get ready for bigger and better in the second local season of the TALPA format show.

That goes for the various The Voice SA sets used during the blind auditions, battle rounds and weekly live shows and finale, but also the actual show itself: the episode order has been increased.

In the second season viewers will have more time to actually follow and enjoy the show and to hear the singers compete with a season that will span a longer time frame.

It will include more performances and several other surprises that M-Net says will increase the fun viewers will have watching the upcoming season.

The Voice South Africa roared back on Tuesday night’s first blind audition evening in Johannesburg with several singers who got standing ovations from the often surprised studio audience and the coaches fighting each other to try and secure them for their teams with simply-can’t-help-himself chair hopper Bobby van Jaarsveld back in top form.

Recordings for the blind auditions continue this week with Lungile Radu back as the presenter and Stacey Norman interviewing the contestants backstage.
on 8:43:00 AM