TOLDJA! The Voice South Africa returns to M-Net for a second season that will start in January 2017; adds a city as auditions kick off in October. 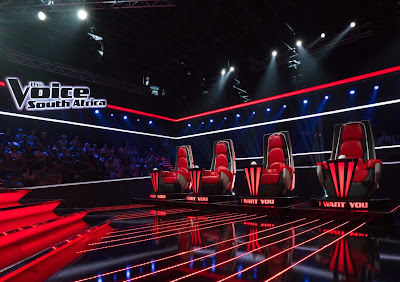 The Voice South Africa will be back on M-Net for a second season that will broadcast from January 2017 and with audition that will start from October.

Four months ago in May, TV with Thinus explained why M-Net will definitely bring back The Voice South Africa for a second season.

Similar to the surging Idols on Mzansi Magic (DStv 161), The Voice SA provides M-Net as a sister pay-TV channel on DStv in South Africa with brilliant numbers in the same two extremely sought after metrics that make producers happy and that money can't buy.

Besides actual linear TV ratings (that's also great for Idols and The Voice SA) these additional factors nowadays heavily influence the renewal of especially these types of reality format shows where their success are measured not just by viewership alone but the amount of helium generated from online and mobile viewer engagement that helps with lift.

Case in point - wannabe contestants for the upcoming second season will be able to submit a song online for a possible "fast track" to the selection committee.

The Voice SA is again looking for exceptional South African talent 18 years and older with a unique sound and solo singers as well as duos from any musical background who can enter. There's no upper age limit.

Similar to Idols, contestants have to sign a document stating that they don't have any existing contract with any recording company.

"The phenomenal talent from The Voice SA season 1 has set the bar incredibly high, and we are looking forward to opening doors for more fantastic talent who deserve to become household names," says Lani Lombard, M-Net's head of publicity.

Auditions for the second season of The Voice SA will start in Port Elizabeth on Wednesday 12 October at The Beach Hotel on Marine Drive with the city that has been added to the audition cities list for the first time after vocal requests from viewers during the first season who were upset about the exclusion.

Cape Town is next on Saturday 15 and Sunday 16 October at Belmont Square in Rondebosch, followed by Durban on Wednesday 19 October at the Growth Point Kings Park Stadium.

Johannesburg follows on Saturday 22 and Sunday 23 October at Sasani Studios in Balfour Park where The Voice South Africa and the other African countries' versions like The Voice Angola have been being filmed.
on 11:09:00 PM