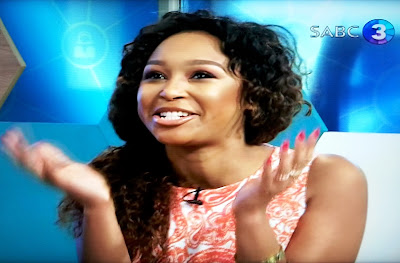 The SABC's disastrous move to suddenly dump international content and flush the SABC3 schedule with cheap and badly produced local content from July has seen SABC3's ratings collapse, with viewership for all the new shows so low that not a single one of the new programmes managed to even make last month's top 20 most watched shows.

After an abrupt order for his plan of 90% local television by the SABC's controversial chief operating officer (COO) Hlaudi Motsoeneng that was hastily implemented in July, the plunging ratings for SABC3 spells disaster for August and beyond since some foreign films and the weekday soap Days of Our Lives that were still shown in July, largely propped up the SABC3 schedule for July.


Not a single one of the flurry of new local shows on SABC3 rushed to production managed to become a viewership hit, nor got enough viewers to rate anywhere close to the top 20 most watched programmes on the channel in July.

Despite collectively costing the SABC a lot of money to produce, all the new local SABC3 shows are viewership flops according to South Africa's TAMS TV ratings.

The Janez Vermeiren produced The Man Cave eaked out a barely-there 20th spot in the ratings for July with a lowly 597 635 viewers (a 1.8 AR) - but that was for the last time it was broadcast in its Sunday evening slot before again being shunted yet again for a third time to its new timeslot on Friday nights where it doesn't rate at all. 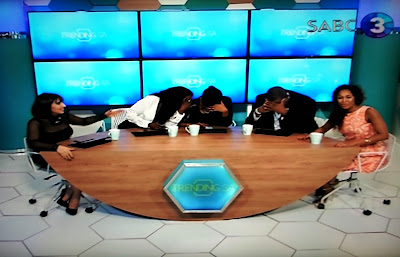 Shockingly, existing local shows on SABC3 like the telenovela High Rollers that's meant to prop up the weekday schedule that ranked 10th in June, completely dropped out of the top 20.

The fact that not one of the new SABC3 local shows rate - meaning that very few viewers are watching these - means that the troubled SABC3 must adjust advertising rates for timeslots down due to the fewer viewers it's getting. That means less income.

By having replaced popular shows with local shows that has lower production values, higher income TV households - those that advertisers want to reach - have fled SABC3.

It also means that SABC3's overall ratings - it's combined audience figures for August - will be lower, a problem for SABC3 that is already struggling in the viewership race as the SABC's only commercial TV channel.

When the top 20 programmes list, now made up out of less of the more-watched international content, consists out of more lower-rated local shows that people don't want to see, it means that SABC3's combined viewership tally will be lower in August.

In early July ad agencies warned the SABC that the public broadcaster is going to experience huge losses in terms of advertising revenue if the sudden new slate of programmes don't manage to lure viewers and rate.

The American soap The Bold and the Beautiful - the type of content that Hlaudi Motsoeneng said the SABC will dump - is still by far the most watched programme on SABC3, number one in the channel's ratings in July with 1.55 million viewers (4.6 AR / 16.9 share).

While Hlaudi Motsoeneng in June and again in July said that viewers don't watch Days of Our Lives, it remained a perennial solid performer in July for SABC until it was yanked from the schedule, with 1.07 million viewers in 7th place (3.2 AR / 17 share).

International movies in July helped to prop up the SABC3 schedule with Jinxed, A Knight's Tale, Click, The Sorcerer's Apprentice, Spanglish and Fired Up taking six places out of the top 20 most watched content on the channel above any of the new local shows.

One better performer on the SABC3 schedule after moved to a later afternoon timeslot from July was Afternoon Express, now ranking 13th and managing a place in the top 20 for the first time.

Here is the list of top 20 highest-rated programmes on SABC3 in July: